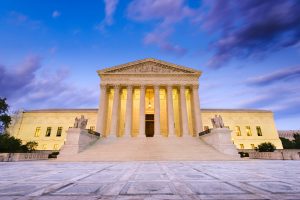 The past year has yielded several U.S. Supreme Court rulings on cases impacting religious liberty, from the recent Bostock v. Clayton County—which redefined “sex” in federal employment discrimination law—to the long-running Little Sisters of the Poor case. Some of these rulings have rightfully defended this bedrock freedom of our nation, while others are likely to erode it.

It can be difficult to keep these cases straight, to understand what our nation’s highest court ruled, and to grasp the ramifications of these rulings. Luke Goodrich, senior counsel with the Becket Fund for Religious Liberty, has participated in some of these cases, and he joins Traci DeVette Griggs on this week’s episode of Family Policy Matters to discuss the details and implications of these numerous decisions.

Two recent victories for religious liberty at the Supreme Court are in the Little Sisters of the Poor case, and a case addressing hiring decisions at two religious schools. “In both of these victories, it’s important to underscore that they were by 7-2 margins,” says Goodrich. “They’re not narrow 5-4 four victories. And even among the dissenters, there was broad agreement that religious organizations have to have a First Amendment right to control their message.”

Goodrich is sure there will be many more lawsuits against religious groups in light of the Bostock decision. “But we think we have a good shot at winning those suits,” he adds.

Tune in to Family Policy Matters this week to hear Luke Goodrich unpack these religious liberty cases in more detail, and share why all Americans should fight to protect this fundamental liberty. 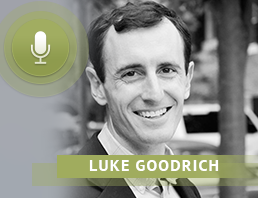 TRACI GRIGGS: Thanks for joining us this week for Family Policy Matters. The U.S. Supreme Court recently issued rulings on several cases of dramatic importance to religious liberty in our country—some are reason for celebration and others profoundly disappointing. The two cases we’ll discuss today come on the heels of the High Court’s disappointing decision to redefine the term “sex” in federal law. A ruling that will likely contribute to much more conflict over religious liberty in coming years.

To discuss the implications of these decisions, we’re speaking with Luke Goodrich, senior counsel with the Becket Fund for Religious Liberty, which participated in a few of these important cases that finally found successful resolution at the U.S. Supreme Court this year.

LUKE GOODRICH: Thanks so much for having me.

TRACI GRIGGS: Let’s start with one of the most well known and longest running religious freedom cases the Court has heard this session, the one involving the Little Sisters of the Poor. What did the Supreme Court decide, and will this finally put this case to rest?

TRACI GRIGGS: Well, both of those are very encouraging. Do they have wider implications for other religious organizations and their employees, or is this just one of those narrow cases?

TRACI GRIGGS: Well, on a more somber note, the Supreme Court also issued this summer, a landmark ruling in a case regarding the definition of “sex” in anti-discrimination laws. Talk about that. What potential impacts will that ruling have on the freedom of employers, like your clients, to make staffing decisions that align with their religious tenants?

LUKE GOODRICH: Yeah. In that case, the Bostock decision was very troubling in how the Court redefined sex, and redefined federal law to cover discrimination based on sexual orientation or gender identity. The reason it’s so far reaching is that hundreds and thousands of religious organizations have expectations, have strongly held beliefs about human sexuality, and often expect their employees to uphold and agree with those beliefs. So, the Bostock decision potentially opens the flood gates to a lot of lawsuits against religious organizations. But we think there are strong legal arguments to be made that religious groups can’t be forced to hire employees who violate their core religious teachings. You see this in a variety of organizations, any mission driven organization really, hires employees who support their mission, and religious groups are no different. And in fact, they receive even stronger protection under the First Amendment for the free exercise of religion. We do think there will be more lawsuits, but we think we have a good shot at winning those suits.

TRACI GRIGGS: Over the years working on religious liberty stories, and talking with people through the North Carolina Family Policy Council, I’ve discovered there’s just a lot of misunderstanding about why religious liberty is so important. Why is this something that we need to fight for, do you think?

LUKE GOODRICH: I’m so glad you asked that, I actually recently published a book designed to answer precisely that question. It’s called Free to Believe: The Battle Over Religious Liberty in America, and it’s designed to help ordinary Americans understand why religious freedom matters. And in brief, I argue that there are three main reasons why religious freedom is so important. Number one, religious freedom benefits society, enables religion to flourish, which produces all sorts of good works that are necessary for self-government. Number two, religious freedom is a profound limit on the power of government, and therefore serves as a foundation for all of our other rights because the government that can violate religious freedom can violate any other rights. And then third, and finally, religious freedom is important because it’s a fundamental human right rooted in who we are as human beings, we’re all born with a conscience that directs us. When the government coerces us to go against conscience, it’s really violating who we are as human beings and therefore violating a fundamental human right.

TRACI GRIGGS: Okay, well, let’s talk a little bit more about the U.S. Supreme Court. What are you thinking will happen next session, anything we need to be watching for?

LUKE GOODRICH: Next term, the Court has a truly blockbuster religious freedom case on its docket. It’s another of the Becket Fund cases. It’s called Fulton vs. City of Philadelphia, and we represent a religious foster care ministry and several religious foster families. And for over a hundred years that foster care ministry in Philadelphia has been recruiting families to provide loving homes for foster children. Unfortunately, just a year or two ago, the city of Philadelphia decided to try to shut down that religious ministry solely because of its religious beliefs about marriage. That ministry doesn’t place children in the homes of unmarried couples or of same-sex couples. Now, this case is not an issue of anybody being denied the ability to engage in foster care, there are over 20 other private foster care agencies in the city of Philadelphia that willingly serve unmarried and same-sex couples, and no same-sex couple had ever even come to this ministry seeking help. And if they did, they would simply be referred to another agency. So this is not about access to foster care, it’s about the city of Philadelphia saying we don’t like this religious ministry’s beliefs about marriage and so we’re going to shut them down. And that case is now landed at the Supreme Court, and the key question is, can the government shut down a religious ministry just because it doesn’t like its beliefs about marriage? And that case will be argued in the fall and decided either in late 2020, or early 2021, and that’ll have huge implications for religious groups across the country.

TRACI GRIGGS: What can we, as citizens do to try to protect this fundamental liberty of religious freedom?

LUKE GOODRICH: Well, number one, I would say citizens should get informed. And that’s part of why I wrote Free to Believe so that all Americans can understand why religious freedom matters, precisely how it’s threatened and what we can do about it. And once we get informed, it’s important to take action. And if you are a leader of a religious organization or a pastor or a person in the pew, there are practical steps you can take, both to reduce the risk that your organization may face lawsuits, and to increase the likelihood that religious freedom will be protected for years to come. We need to get informed. We need to take prudent action. And if you consider yourself a Christian, I think it’s important to realize where our ultimate hope lies. Our ultimate hope for Christians is not in favorable election results or good Supreme Court Justices or winning cases, our hope is in the person of Jesus Christ. And we can rest in that confidence and approach all of these conflicts, not from a posture of fear, but from a posture of hope and joy in the goodness of God.

TRACI GRIGGS: Thank you for that. Well, we’re just about out of time for this week. Before we go, Luke Goodrich, where can our listeners go to learn more about these religious liberty cases, and of course your book, Free to Believe?

LUKE GOODRICH: You can find out all about these cases and get up-to-the-minute updates at the Becket Fund for Religious Liberty’s website, which is: becketlaw.org. You can also find my book, Free to Believe: The Battle Over Religious Liberty in America, anywhere books are sold, amazon.com, or at my own website, lukegoodrich.com.

TRACI GRIGGS: Well, Luke Goodrich, senior counsel with the Becket Fund for Religious Liberty, thank you so much for your work and for joining us on Family Policy Matters.