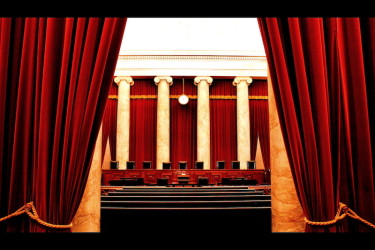 “This decision by the U.S. Supreme Court in Bostock v. Clayton County Georgia is the epitome of judicial activism and legislating from the bench,” responded NC Family President John L. Rustin. “The mental gymnastics applied by the majority to reach this regrettable conclusion will indeed ‘threaten freedom of religion, freedom of speech, and personal privacy and safety,’ as Justice Alito warns in his dissenting opinion.”

“This decision not only distorts God’s created order of male and female,” Rustin continued, “but it will also undermine equal opportunities for women in sports and other areas, the privacy rights of women and young girls in intimate personal spaces, and the role of employers who may feel compelled to favor LGBTQ-identifying employees and job applicants over others for fear of litigation.”

The Supreme Court heard oral arguments in the case in October 2019. In it, the Court combined three separate cases where employees were terminated for reasons relating to sexual orientation (identifying as homosexual) and gender identity (identifying as transgender). One of these cases was R.G. & G.R. Harris Funeral Homes v. Equal Employment Opportunity Commission (EEOC). Harris Funeral Homes, which was represented by Alliance Defending Freedom, ended the employment of a male funeral director after he announced he would no longer abide by the company’s longstanding dress code policy and would begin dressing as a female. The EEOC filed a suit on his behalf, arguing that Harris Funeral Homes illegally discriminated against him on the basis of sex. (For more details on this case, read ADF’s one-page case summary). The second case involved a “child welfare advocate” who was terminated “for conduct ‘unbecoming’ a county employee” after identifying as homosexual and “participating in a gay recrea­tional softball league.” In the third case, an instructor at a skydiving business was let go after publicly stating that he was homosexual.

“There is only one word for what the Court has done today: legislation,” Justice Alito said in his dissent. “The Court tries to convince readers that it is merely enforcing the terms of the statute, but that is preposterous. Even as understood today, the concept of discrimination because of ‘sex’ is different from discrimination because of ‘sexual orientation’ or ‘gender identity.’ And in any event, our duty is to interpret statutory terms to ‘mean what they conveyed to reasonable people at the time they were written.’”

Justice Alito also provided a stern word of warning: “The Court’s brusque refusal to consider the consequences of its reasoning is irresponsible. …Before issuing today’s radical decision, the Court should have given some thought to where its decision would lead. As the briefing in these cases has warned, the position that the Court now adopts will threaten freedom of religion, freedom of speech, and personal privacy and safety. No one should think that the Court’s decision represents an unal­loyed victory for individual liberty.”

“When [SCOTUS] usurps the role of Congress, as it does today,” continued Kavanaugh, “the public understandably becomes confused about who the policymakers really are in our system of separated powers, and inevitably becomes cynical about the oft-repeated aspiration that judges base their decisions on law rather than on personal preference.”

NC Family is continuing to analyze this broad sweeping opinion and will provide updates as more information comes to light.