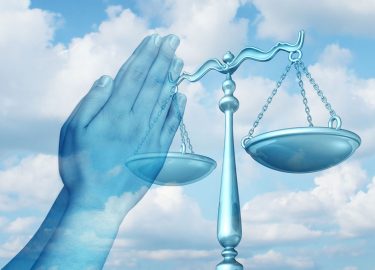 The U.S. Supreme Court issued rulings on two major religious liberty cases yesterday. One found that federal departments had the authority to exempt religious and non-religious organizations from the Affordable Care Act’s “contraceptive mandate” if these organizations have sincere religious or moral objections. The other found that the government cannot interfere with employment disputes regarding key employees within religious organizations. The nation’s highest court ruled 7-2 on both cases, with Justices Ginsburg and Sotomayor disagreeing with their fellow justices.

The much-anticipated ruling in favor of the Catholic nuns of Little Sisters of the Poor marks a victory for those who have been battling for years against one of the Affordable Care Act’s (ACA) implemented rules, which has been called the  “contraceptive mandate.” The “contraceptive mandate” stems from Guidelines issued through the U.S. Department of Health and Human Services (HHS) in 2011 under the Obama Administration. These Guidelines “obligate certain employers to provide contraceptive coverage to their employees through their group health plans,” including abortifacient drugs. At the time of implementation, the Guidelines included exemptions solely for churches. But many businesses and organizations—both religious and non-religious—objected to this mandate because it violated their sincerely held beliefs, whether moral or religious.

This brought the Little Sisters of the Poor to the U.S. Supreme Court (SCOTUS) in 2016, where they argued the mandate violated their religious liberty under the federal Religious Freedom Restoration Act (RFRA), and that the limited exemption was not enough. Instead of ruling on this case, SCOTUS chose to remand it back to the lower court and directed the federal government to “accommodate petitioners’ religious exercise while at the same time ensuring that women covered by petitioners’ health plans receive full and equal health coverage, including contraceptive coverage.” But under the Obama Administration, the parties were not able to reach a compromise. (It is worth noting that around the same time, SCOTUS ruled the contraceptive mandate did violate RFRA in the case of Burwell v. Hobby Lobby Stores, but this case only applied to small, closely-held corporations and did not address the wider issue of moral and religious objections by nonprofit organizations.)

Thankfully, HHS under the Trump Administration eventually issued wider religious and moral exemptions in its 2017 Interim Final Rules (IFRs). These rules were challenged within a week, however, by Pennsylvania and other states, which argued that the Departments of HHS, Labor, and the Treasury did not have the authority to make these exemptions. A District Court blocked the exemptions from going into effect via a nationwide preliminary injunction, and the Third Circuit Court of Appeals upheld the injunction. Yesterday, in Little Sisters v. Pennsylvania, SCOTUS found that both lower courts were wrong, and that the Departments had the authority to issue these exemptions. Under this ruling, employers who hold objections either “based on [their] sincerely held religious beliefs” or “sincerely held moral objections to providing some or all forms of contraceptive coverage” are free from providing this coverage in their health care plans.

For more information on the long fight against the contraceptive mandate, check out our Family Policy Matters radio show with senior counsel John Bursch of Alliance Defending Freedom.

The second religious freedom victory deals with the First Amendment rights of religious schools. Two teachers, both serving at Catholic elementary schools, sued for employment discrimination after they were terminated from their respective schools. SCOTUS found that, under the First Amendment’s Religion Clauses, “courts are bound to stay out of employment disputes involving those holding certain important positions with churches and other religious institutions.”

The Court said that these cases fell within the same “ministerial exception” that dictated their opinion in the 2012 case of  Hosanna-Tabor Evangelical Lutheran Church and School v. EEOC . “The religious education and formation of students is the very reason for the existence of most private religious schools,” the Court said, “and therefore the selection and supervision of the teachers upon whom the schools rely to do this work lie at the core of their mission. Judicial review of the way in which religious schools discharge those responsibilities would undermine the independence of religious institutions in a way that the First Amendment does not tolerate.” (Incidentally, the Ninth Circuit Court of Appeals had ruled that the case of OLG v. Morrisey-Berru did not qualify for the “ministerial exception” because neither teacher involved was a minister.)

As SCOTUS pointed out in yesterday’s opinion, just because neither teacher carried the title of “minister” does not mean they weren’t fulfilling the stereotypical role of a minister. “Application of the ‘ministerial exception,’” wrote Justice Alito in the majority opinion, “should ‘focus on the function performed by persons who work for religious bodies’ rather than labels or designations that may vary across faiths. … Simply giving an employee the title of ‘minister’ is not enough to justify the exception. And by the same token … it cannot be a necessary requirement.” By applying this less rigid view, both teachers did qualify for the ministerial exception because “[t]here is abundant record evidence that they both performed vital religious duties.”

SCOTUS upheld the religious liberty of religious schools, saying: “When a school with a religious mission entrusts a teacher with the responsibility of educating and forming students in the faith, judicial intervention into disputes between the school and the teacher threatens the school’s independence in a way that the First Amendment does not allow.”