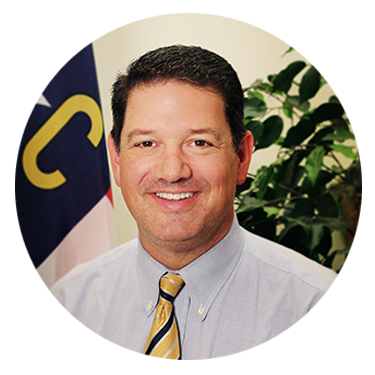 John is a graduate of the University of North Carolina at Chapel Hill and lives with his wife and two children in Raleigh. He is a member of Church of the Apostles in Raleigh and is co-leader of the church’s mission team to Guatemala. John is an avid cyclist, snow skier, all-around tinkerer, and enjoys spending time with his family. 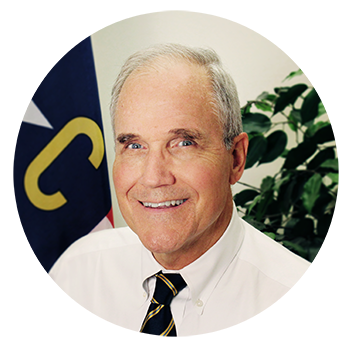 DIRECTOR OF COMMUNITY IMPACT AND COUNSEL

Jere Z. Royall has served as Director of Community Impact and Counsel for the North Carolina Family Policy Council since 2000. Prior to that, he helped manage his family’s retail furniture business for 17 years and then served as a lay minister with a Raleigh church for 8 years.

Jere graduated from University of North Carolina at Chapel Hill with a degree in business, and earned his J.D. from the Wake Forest University School of Law. He has served in leadership with Bible Study Fellowship, as a board member of the Salvation Army of Wake County and Hospice of Wake County, and as a volunteer in an inner city after-school ministry. Jere enjoys hiking, swimming, biking, and other activities that he can do together with his family. 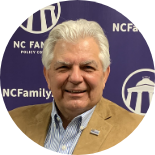 Tom recently joined NC Family to further engage churches, pastors, and leaders at the local level. He has been a pastor for 38 years, serving in churches in Georgia, Oregon, California, and North Carolina. Tom has been active in political affairs and public policy for years, serving in various community volunteer roles and, recently, in a two-year engagement with Family Research Council. He has a passion to connect and engage church leaders, particularly pastors, in their communities.

Tom has also worked in the private sector as a commercial contractor and construction management consultant. He is a graduate of Colorado State University and Gateway Theological Seminary. He is an active member of Aberdeen First Baptist Church and lives in Pinehurst. He has directed several mission trips to Cuba and the Dominican Republic, and is a volunteer with First Tee golf for kids. He and his wife Lindalyn have seven grandchildren.

Heather Greene is NC Family’s new administrator, as of March 9, 2020. Heather manages the Council’s administrative, accounting, and event planning activities. Heather earned a BA from the University of Colorado-Boulder, and worked with the YMCA for several years prior to joining NC Family. Outside of the office, Heather enjoys coaching gymnastics and spending time with her husband and two children. 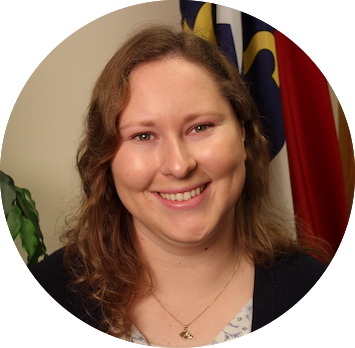 Calley Mangum oversees Communications for NC Family by researching and writing stories, managing NC Family’s social media accounts, editing our flagship publication Family North Carolina magazine, and assisting at the North Carolina General Assembly when in session. Calley is a novelist, having published four novels and a set of short stories before graduating from high school. She graduated Phi Beta Kappa with a degree in English and Creative Writing from University of Iowa. In her spare time, she likes to travel, bake, and watch her favorite sports teams. 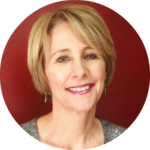 Traci Griggs is the host of NC Family’s weekly radio show and podcast Family Policy Matters, which airs on over a dozen radio stations across North Carolina. Traci served as NC Family Communications Director for many years, and we are grateful she continues to serve as our radio show host. In her spare time, she travels to enjoy the beaches of Ocracoke, and to visit her daughter in California. 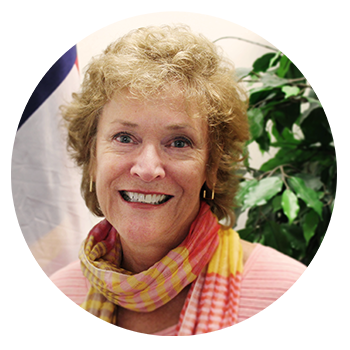 Eileen Brown handles constituent services for the North Carolina Family Policy Council. She joined NC Family in 1998 and served as Administrator till 2012 when she semi-retired and is now working on a part-time basis. She hails from the UK and South Africa, and is now an American citizen who is proud to be able to vote. In her spare time she enjoys spending time with her five grandchildren, reading, church activities, walking, yoga, and leisure travel with her New Bern-based sister.