Why North Carolinians Cannot Do Nothing 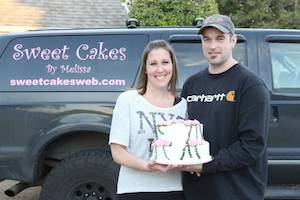 Religious liberty achieved a limited victory on Monday, when the U.S. Supreme Court threw out a decision by the Oregon Court of Appeals against the owners of Sweet Cakes by Melissa bakery in Oregon. The U.S. Supreme Court told the Oregon Court of Appeals to take another look at the case in light of the highest court’s ruling in Jack Phillip’s Masterpiece Cakeshop v. Colorado Civil Rights Commission case. Back in 2013, Aaron and Melissa Klein [pictured left] were sued for declining on religious grounds to design a custom cake for a same-sex wedding. The Oregon Court of Appeals ruled against them, ordering them to pay a $135,000 fine that led to the closing of their bakery.

The U.S. Supreme Court’s decision in the Masterpiece case, the decision it continues to cite when addressing state level rulings on similar cases, ruled in favor of Jack Phillips because of the hostility that the Colorado Civil Rights Commission showed him throughout the process. As WORLD News puts it, “The lack of neutrality [by the Colorado Civil Rights Commission] was enough to toss out the commission’s decision, so the [U.S.] Supreme Court avoided ruling on the wider national conflict between business owners’ religious beliefs and LGBT activists.”

Because of the narrow focus of the highest court’s ruling, telling lower courts to review their own rulings in light of Masterpiece carries less weight and clear direction than it may seem. As long as there is not overt hostility shown against the person or persons being sued, lower courts are not likely to reverse their previous decisions. Even Jack Phillips, despite his victory in Masterpiece, is being sued again for declining to design and bake a custom cake for a “gender transition” celebration. His first U.S. Supreme Court victory has not stopped more attacks in this apparent war against religious liberty.

All of these cases stem from state SOGI nondiscrimination laws that make “sexual orientation” and “gender identity” protected classes like race, color, sex, and national origin. While North Carolina does not currently have such laws, bills have been filed in the NC General Assembly as recently as this year to enact them. Furthermore, if the U.S. Supreme Court continues to avoid a clear ruling on religious beliefs and LGBT “rights,” state and federal courts will continue to hold the power over individuals who attempt to follow their deeply held religious beliefs.

With the 2020 election on the horizon, local and state elections have never been more important. The makeup of our legislature has prevented SOGI laws like those in Oregon, Washington, and Colorado from being enacted. But if we stand by and do not support those who would protect our religious liberties, North Carolina could easily become the next state to see high profile cases such as those of Jack Phillips and Barronelle Stutzman. As these cases have shown, state courts play crucial roles in deciding many people’s futures. Barronelle could lose her livelihood and her home due to the Washington Supreme Court’s ruling, and the Kleins in Oregon have already lost their bakery due to the ruling of the Oregon Court of Appeals. Supporting state and local elected officials who value religious liberty can protect North Carolinians from experiencing similar losses.

As Barronelle Stutzman shared at NC Family’s Major Speakers Dinner in Raleigh earlier this year, “When I’m kneeling before Christ and He puts his hands on my face and says, […] ‘What did you do to uphold my name?’ I don’t want my answer to be: I did nothing.”