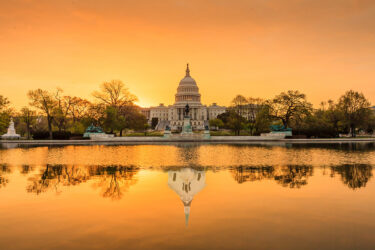 Over the past ten years, many government officials and activists have vigorously attacked religious liberty. Our first freedom has been treated as a second-class right, and some officials have tried to limit Americans’ freedom to live out their faith in public.

In the face of these efforts, defenders of religious liberty are still standing for their rights. There have been many victories and some disappointing losses along the way. Now is a time to redouble our efforts to ensure the blessings of liberty for the next generation.

Religious liberty in America today relies primarily on the First Amendment’s Free Exercise Clause and the Religious Freedom Restoration Act (RFRA). But these protections have faced significant attacks over the years. As a result, the Free Exercise Clause no longer fully protects religious practices from government-imposed burdens. And politicians have threatened to gut part of RFRA’s vital protections. Because of this, we need to reinforce and build upon existing legal protections of religious freedom.

What does the Free Exercise Clause protect?

Thirty years ago, the Supreme Court weakened Americans’ right to freely exercise religion in a decision called Employment Division v. Smith. The Court held that the government could burden religious exercise if it did so with a law that was generally applicable and did not specifically target religion. In other words, Smith suggests that officials may burden the exercise of faith as long as that wasn’t the point of the law and the law applies to everyone.

Just this year, the Supreme Court was asked to correct course in its latest religious liberty case, Fulton v. City of Philadelphia. In Fulton, the Court examined whether the City of Philadelphia could force Catholic Social Services (CSS)—which had provided foster care services to city children for more than a century—to violate its religious beliefs about marriage in order to continue its religious ministry of service. Fulton gave the Court an excellent chance to overturn Smith and restore the longstanding principle that the government cannot prohibit or burden the free exercise of religion absent truly compelling reasons. Unfortunately, a majority of the Court stopped short of taking this important step.

Instead, the Court left that question for another day, because the City had a problem even under Smith: its contracts with providers like CSS allowed for exemptions to its antidiscrimination provisions for secular reasons, but the City had refused to give CSS an exemption for religious reasons. In light of that anti-religious discrimination against CSS, all nine justices agreed that the City had violated CSS’s free exercise of religion.

Thankfully, Fulton means the government can’t prioritize secular interests over religious ones when granting exemptions. Friends of religious liberty were thankful for this outcome—but still disappointed that the Court left Smith intact.

Instead of keeping Smith, the Supreme Court should have followed Justice Alito’s 77-page concurring opinion in Fulton. As he explained, the Supreme Court should abandon Smith because its toleration for any rule that categorically prohibits religious activity, so long as it doesn’t target religion specifically, is fundamentally at odds with the text and interpretation of the First Amendment. Instead, the Court should recognize that the Free Exercise Clause protects the rights of Americans to freely practice their religion. If the government imposes a law that burdens free exercise, it needs to have an interest of the highest order, and it needs to make sure that it burdens religious practice as little as possible.

How Does RFRA Protect Religious Liberty?

Soon after the Court decided Smith in 1990, Congress acted to ensure that Americans could continue to live their faith freely in society. Congress did this by passing the Religious Freedom Restoration Act (RFRA) almost unanimously (introduced by then-Congressman Chuck Schumer and Senator Ted Kennedy), and it was signed into law by President Clinton in 1993.

RFRA restored by statute the same protections for religious liberty guaranteed by the Constitution prior to Smith. According to RFRA, the federal government cannot burden a person’s exercise of religion unless it has a compelling interest to do so and places as little burden on religious practice as possible. Twenty-three states followed suit, adding RFRA to their state laws to protect against state and local governments burdening religious exercise. North Carolina was not one of these.

Over the past thirty years, RFRA has protected religious Americans from government overreach. But this once bipartisan bulwark of religious freedom has become a stumbling block for the application of far-left policies.

This helps explain why, for example, the so-called “Equality Act” threatens to cancel much of RFRA’s protections. This Act would force acceptance of the new sexual orientation and gender identity ideology while explicitly removing protections for people of faith provided by RFRA. Proponents of this Act want to push it through the U.S. Senate (it has already passed the U.S. House). If it passes, religious organizations— including schools, hospitals, soup kitchens, homeless shelters, and even churches—could face lawsuits and potential liability just for adhering to their teachings on marriage and sexuality, teachings that the Supreme Court said were based on “decent and honorable religious or philosophical premises.”

Sadly, the Equality Act is not the only legislative proposal that would drastically weaken RFRA. If any of those proposals pass, the primary remaining protection for religious liberty will lie in the First Amendment’s Free Exercise Clause. As discussed earlier, there is still more work to do before the Supreme Court will have the opportunity to fully restore that Clause’s intended protections for people of faith.

In addition to the threats posed by the proposed “Equality Act,” people of faith and their communities have faced a barrage of attacks from state and local government officials.

Here are just a few examples drawn from the hundreds of clients which Alliance Defending Freedom has represented over the years:

Despite these problems, there are signs of hope. ADF has won 13 significant victories at the U.S. Supreme Court in the past ten years, and many more victories for religious liberty in lower courts all around the country. The momentum for freedom is growing.

Moreover, the U.S. Supreme Court has vindicated the rights of religious Americans in a series of landmark decisions over the last five years. The Court has held that states cannot deny publicly available benefits to religious organizations merely because they are religious (Trinity Lutheran and Espinoza); they cannot interfere with internal practices of religious organizations (Our Lady of Guadalupe); and they cannot show hostility towards people of faith (Masterpiece Cakeshop).

Despite these promising results, there is still much to be done. There are many more cases involving threats to religious liberty in the courts now, and every indication suggests that these cases will proliferate as officials try to keep religious people, churches, and organizations from freely living out their faith. And for every case where someone stands up to defend their religious freedom, there are untold more where the right is violated without a fight.

As we continue to defend the right of every American to live out their faith without fear of government punishment, we must remember to pray. Please pray for freedom’s future. And remember that, as President Ronald Reagan noted, “freedom is never more than one generation away from extinction.” By God’s grace, our first freedom will flourish.