LGBT Activists Seek A Myriad Of Changes To NC Law 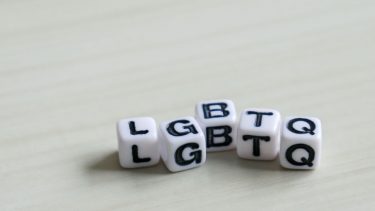 Several “LGBT rights” bills were introduced in the NC General Assembly this week, as LGBT activists are attempting to change state law on three main fronts. The following is a brief summary of each of these measures:

Equality For All (HB 514 / SB 455)
These bills propose to establish “sexual orientation” and “gender identity” as protected classes in North Carolina law and would apply these new civil-right level protections to laws on housing, employment, public accommodations, education, and more. Accepting these classifications into North Carolina law would set up a scenario similar to what has occurred in other states, such as Colorado and Washington, where people of faith were targeted by state government for seeking to live their lives and operate their businesses in accordance with their religious beliefs.

The bill’s proposals under Public Accommodations would throw North Carolina right back into the middle of the bathroom privacy and safety debate, which started when the City of Charlotte attempted to impose a local ordinance that would do the same thing. These bills stipulate that, “a place of public accommodation shall provide access to such facilities based on a person’s gender identity.” This would mean that any man who says he identifies as a woman would be free to use women’s restrooms. Fines for failure to comply could be as high as $50,000, since the penalty stipulated in the bill is the same as violations against housing discrimination, found under General Statute 41A-7. Under this bill and newly created protected class, stiff penalties would also apply to a long list of newly created violations that would punish anyone who does not voice total acceptance of the LGBT lifestyle.

Under Employment, the bills target small business and would change long-standing state law by stating that all anti-discrimination statutes regarding employment apply to “employers which regularly employ one or more employees,” instead of 15 or more employees, which is the current standard.

Under the Education category, the bills take aim at private and public charter schools in particular. Regarding private schools, the bills state, “A nonpublic school that accepts eligible students receiving scholarship grants shall not discriminate” on the basis of sexual orientation or gender identity. So presumably, any nonpublic school, even faith-based private schools, that accept Opportunity Scholarships or other “scholarship grants” would be required to: admit students who identify as gay, lesbian, transgender or other; allow LGBT clubs on campus; employ teachers who identify as LGBT and may express their identity by cross-dressing, even if these behaviors and forms of expression run counter to the school’s religious tenants and teaching. The bills apply similar standards to public charter schools.

The Equality For All bill is similar to the federal Equality Act, which, according to Andrew Walker of the Ethics and Religious Liberty Commission of the Southern Baptist Convention, “[…] represents the most invasive threat to religious liberty ever proposed in America.” John Stonestreet, President of the Colson Center for a Christian Worldview, says the “Equality Act [proposed in the U.S. Congress] specifically targets the Religious Freedom Restoration Act—a bill passed with overwhelming bipartisan support and signed by President Clinton. So in cases involving claims of discrimination based on gender identity or sexual orientation, religious rights would be tossed aside. The Barronelle Stutzmans and Jack Phillips of the world—or any Christian trying to live out their convictions in public life—wouldn’t stand a chance.” These highly publicized cases, two of which made it all the way to the U.S. Supreme Court, demonstrate how radical and aggressive the government can be when armed with these laws.

Mental Health Protection Act (HB 516/SB 426)
Another proposal would make it illegal for any psychiatrist, psychologist, licensed counselor or fee-based pastoral counselor to assist a minor who wants help to resist or treat unwanted same-sex attraction. Counselors, psychologists and psychiatrists who don’t abide by these new rules, which ban any discussion that does not affirm same-sex attraction, would be subject to discipline under their licensing entity and risk losing their license.

These bills include introductory language (technically not part of the proposed law) citing research that conversion therapies can exacerbate a long list of negative outcomes for LGBT youth.  That section also criticizes “parents and caregivers, […] religious leaders” and “social stigmatization” as culprits for these harms. If approved, the bill would ban licensed counselors and fee-based pastoral counselors from any “practices or treatments that seek to change an individual’s sexual orientation or gender identity, including efforts to change behaviors and gender expressions or eliminate or reduce sexual or romantic attractions or feelings towards individuals of the same gender.”

And since, according to a Pew Research poll, “religious commitment” is “strongly correlated” with opposition to same-sex marriage and LGBT lifestyles, the Mental Health Protection Act would likely result in aggressive efforts to muzzle Christians and other faith groups and prohibit them from voicing any disagreement with the issue of same-sex attraction, including trying to influence what is taught in public schools.

Full Repeal of HB2 (HB 515 / SB 464)
The third LGBT advocacy proposal calls for a “full repeal” of House Bill 2, commonly referred to as North Carolina’s “Bathroom Bill.” In 2017, HB2 was repealed by HB 142, but the primary components of HB2 were retained in HB 142, including the bathroom privacy and safety provisions and a moratorium prohibiting cities and counties from enacting nondiscrimination ordinances relating to private employment practices and public accommodations until December 2020. (See previous NC Family story.) These “full repeal” bills would eliminate all of HB 142, allowing open access to bathrooms, showers and other intimate public spaces and paving the way for local governments to enact ordinances that give legal civil-right status to “sexual orientation” and “gender identity.”