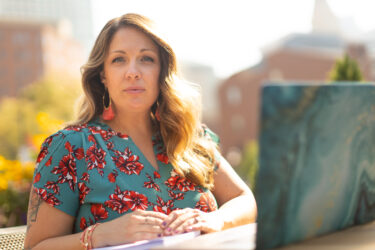 The U.S. Supreme Court has agreed to hear a case that directly addresses the conflict between the First Amendment’s Free Speech clause and LGBTQ interests. The case of 303 Creative v. Elenis deals with Christian web designer Lorie Smith, who, under Colorado’s Anti-Discrimination Act, could be forced to create websites with messages that violate her religious beliefs. This same law and issue of compelled speech is what threatened Colorado cake artist Jack Phillips of Masterpiece Cakeshop.

Our friends at Alliance Defending Freedom (ADF) are representing Lorie Smith. As they stated in their press release yesterday, “Colorado’s law—and others like it—are a clear and present danger to every American’s constitutionally protected freedoms and the very existence of a diverse and free nation.”

Smith’s case came before the U.S. Court of Appeals for the 10th Circuit last year, and the court ruled 2-1 in favor of the Colorado law, agreeing that the law does compel Smith’s speech, but that it is permissible. Following the ruling, ADF and Smith said they would appeal to the U.S. Supreme Court, and SCOTUS announced yesterday that it would take up the case.

The conflict between LGBTQ interests and the First Amendment has been going on for years, and so far the nation’s highest court has failed to directly address this issue. “The First Amendment’s promises of free speech and religious liberty are bedrock principles,” said ADF in a brief to the Supreme Court. “Yet over the past decade, those promises have been shattered: Elane Photography and Sweet Cakes are out of business, Barronelle Stutzman was forced to retire, Emilee Carpenter is risking jail, Bob Updegrove and Chelsey Nelson are in harm’s way, and Jack Phillips is still in court, pursued by a private enforcer who wants to finish the job. This Court must act now or officials with enforcement power over nearly half the country’s citizens will continue compelling artists to speak against their consciences while silencing them from explaining their beliefs.”

As ADF has stated, “No one should be banished from the marketplace simply for living and speaking consistently with their religious beliefs.” NC Family could not agree more.

Please join us in praying for Lorie Smith and ADF, and that our nation’s high court finally addresses this issue and affirms the constitutional rights of free speech and religious liberty that are bedrock principles of our nation.