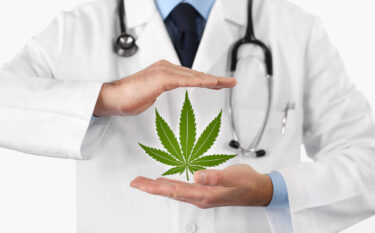 The North Carolina General Assembly is currently considering a bill entitled NC Compassionate Care Act, which would legalize marijuana for “medical” use in certain situations, including cancer, PTSD, AIDS, and more. But the term “medical marijuana” is intentionally misleading.

The debate surrounding marijuana as medicine is riddled with half-truths, anecdotes, and empty promises. Almost every scientific review has concluded that smoked, crude marijuana is not a medicine, even though some of its isolated components have shown promise medically.

In the mid-1980s, pharmaceutical companies began researching ways to synthesize the marijuana plant’s primary psychoactive ingredient –– THC –– into a pill form. This pill, dronabinol (or Marinol, its trade name) has been prescribed for nausea and appetite stimulation. Another drug, Cesamet, mimics chemical structures that naturally occur in the plant.

Epidiolex is the most recent marijuana-derived medication to receive attention in the medical community. In June 2018, the Food and Drug Administration granted Epidiolex, a medical-grade cannabidiol (CBD) oral solution, approval for the treatment of two rare and severe forms of epilepsy: Lennox-Gastaut syndrome and Dravet syndrome. As of now, Epidiolex is the first and only FDA-approved medication that has been derived directly from the marijuana plant.

But when most people think of medical marijuana these days, they do not think of a pill with an isolated component of marijuana, but rather the smoked, vaporized, or edible version of the whole marijuana plant.

Rather than isolate active ingredients in the plant –– as is done with the opium plant to create morphine, for example –– many proponents of legalization advocate for smoked (or vaporized) marijuana to be used as a medicine. But the science on smoking any drug is clear: smoking — especially high-potency whole marijuana — is not a proper delivery method, nor do other delivery methods ensure a reliable dose. And while parts of the marijuana plant may have medical value, the Institute of Medicine said in its landmark 1999 report: “Scientific data indicate the potential therapeutic value of cannabinoid drugs … smoked marijuana, however, is a crude THC delivery system that also delivers harmful substances … and should not be generally recommended…”.

Furthermore, “whole plant” marijuana itself is not an approved medicine under the FDA’s scientific review process. The FDA process for approving medicine remains the only scientific and legally recognized procedure for bringing safe and effective medications to the American public. To date, the FDA has not found smoked marijuana to be safe or effective for any medical condition.

According to the most comprehensive review of the body of literature available at this date—a 2017 report by the National Academies of Science—there is insufficient evidence to suggest marijuana is an effective treatment for the following ailments: cancers, cancer-associated anorexia or anorexia nervosa, irritable bowel syndrome, Huntington’s disease, Parkinson’s disease, dementia, glaucoma, post-traumatic stress disorder, depression, and addiction.

With these understandings in mind, it is understandable why no major medical association has come out in favor of smoked marijuana for medical use.

Marijuana as Treatment for Veterans with Post-Traumatic Stress Disorder (PTSD)

One of the most common arguments used in the effort to liberalize further the use of marijuana as a medicine is that the substance can be useful in helping veterans suffering from Post-Traumatic Stress Disorder, or PTSD. The United States Department of Veterans Affairs estimates that upwards of 540,000 veterans have been diagnosed with PTSD, which can lead to depression, anxiety, serious substance misuse, and suicide. Unfortunately, only approximately 30% of veterans diagnosed with these issues seek professional help.

Based on industry activism and a few anecdotes, some 23 states have listed PTSD symptoms as a qualifying condition for “medical” marijuana. But unfortunately, a plethora of research suggests marijuana use could lead to far worse outcomes for those suffering from PTSD and other mental issues.

Recently, a review of over 2,200 studies involving marijuana users who were using the substance to “treat” chronic pain was published, finding marijuana use among this population was associated with a greater risk of psychosis, schizophrenia, depression, mania, domestic violence, and suicide.

Furthermore, the study found that past-month use of marijuana among those suffering from PTSD was associated with worse outcomes and greater severity of PTSD symptoms. When patients ceased their use, their symptoms became less severe, and they responded better to treatment.

This study builds on a foundation of research, signaling that marijuana use among veterans suffering from symptoms of PTSD could cause worse outcomes. Adding to this, another study published in the journal Depression & Anxiety found marijuana use among military personnel with PTSD symptoms may lead to suicidal thoughts and behaviors , and a study published in the Journal of Psychiatric Research found that marijuana-dependent Iraq/Afghanistan-era veterans have an increased risk of suicidal thoughts and attempted suicide.

As some 20 veterans die by suicide each day in our country, it is incredibly concerning that these states could be making this crisis even worse by promoting marijuana use.

In all, there exists some promising evidence that derivatives of the marijuana plant may provide some benefit to individuals suffering from chronic pain, forms of epilepsy, and nausea. That said, public health experts agree that these compounds must pass through the FDA approval process to provide patients with the most effective dose in a manner that reduces the potential harms that the use of full-plant marijuana has been shown to bring about.

As it stands, the current makeup of the “medical” marijuana markets is more similar to those of recreational markets, and the majority of “qualifying conditions” for which marijuana may be recommended in these programs do not stand up to even rudimentary scrutiny of the literature. Therefore, these programs stand to do more harm to individuals than good when the associated harms from marijuana use, specifically problematic use, are considered.

Scientific literature on the harms of marijuana use exists in abundance. There are over 20,000 peer-reviewed research articles linking marijuana use to severe mental health outcomes, ranging from depression to psychosis and inhibited cognitive development, as well as consequences for physical health and even negative outcomes for neonates exposed in utero. The connections between marijuana use and consequences to mental and physical health, and brain development, among other risks, are often lost in conversations on legalization.

Much like tobacco, we will not be able to ascertain the full public health and safety impact of marijuana legalization in the short term, as it will slowly materialize over decades. However, many key, harmful outcomes are already becoming apparent, and we must speak out against legislation, like the NC Compassionate Care Act, that ignores these harms in the false name of “medicine.”

Luke Niforatos is the Executive Vice President of Smart Approaches to Marijuana, an alliance of organizations and individuals dedicated to a health-first approach to marijuana policy.