The Double Standard of Discrimination 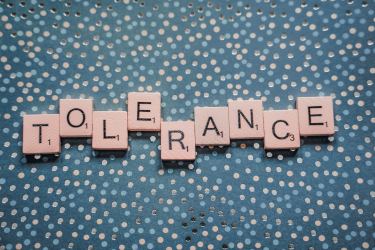 This month, we’ve seen two issues that made national headlines and highlighted the double standard that exists in our culture regarding “discrimination.”

303 Creative Fighting for Religious Freedom at the US Supreme Court

Last week, the US Supreme Court heard the oral arguments in the case of 303 Creative v. Elenis, a legal challenge against a Colorado law that could be used to punish Lorie Smith for her decision to not create websites celebrating same-sex unions. As a Christian, Lorie, the owner of 303 Creative, believes marriage is between one man and one woman, and she feels convicted to only design and convey messages that she can stand behind personally. In this case, a state law could compel her business to accept projects and communicate speech that she does not agree with.

Christian Nonprofit is Cancelled by a Restaurant

Recently, The Family Foundation, a Christian nonprofit and Virginia’s counterpart to NC Family, found out that a restaurant had cancelled the organization’s reservation (less than two hours before their event) started because of The Family Foundation’s biblical beliefs about marriage and abortion. According to reports, one of the members of the restaurant’s waitstaff looked up The Family Foundation online, and upon discovering their policy positions, the staff refused to serve them.

In a post on Instagram addressing their decision to cancel the reservation, the restaurant said, “[We have] always prided ourselves on being an inclusive environment for people to dine in,” going on to add that many of their staff are women and/or identify as LGBTQ, and they want to make sure they feel safe in their work environment. Based on this, the owners felt that, “A group of donors to a political organization that seeks to deprive women and LGBTQ+ persons of their basic human rights in Virginia,” would be harmful for their employees.

Do Businesses Have the Right to Discriminate Based on Their Convictions?

While it can be easy to quickly jump to the defense of individuals and organizations we agree with, both of these situations involve businesses that are seeking the same thing: the right to serve or not serve customers based on a deeply held belief.

Regardless of how we feel about the manner in which certain individuals have gone about seeking or acting upon this right, both of these cases pose an interesting question: Do businesses have a right to “discriminate” based on their conscience and moral convictions?

This confusion is likely to remain as our society continues to navigate the cultural changes taking place. In the meantime, though, it is interesting to note that many of the people most loudly criticizing Lorie Smith for standing by her deeply held religious convictions are applauding the Virginia restaurant for its decision to deny service to The Family Foundation.