SCOTUS Rules in Favor of Coach’s Prayer and Religious Liberty 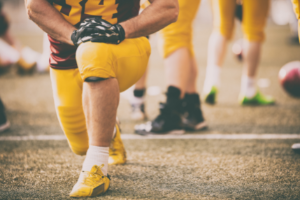 This week, the U.S. Supreme Court ruled that the religious rights of Coach Joseph Kennedy were violated when he was fired for praying at the 50-yard line following high school football games. The 6-3 decision in the case Kennedy v. Bremerton School District definitively threw out the “Lemon” test—a three-pronged framework that has been used in the past to determine whether a law violates the Establishment Clause of the First Amendment. Instead, the Court asserted that “reference to historical practices and understandings” should serve as the guiding light in religious liberty cases. As a result of this landmark decision, the Court has curtailed the government’s ability to suppress the religious freedom of its employees.

As NC Family shared in March, Coach Joseph Kennedy has prayed after football games for years, and sometimes players and members of the community chose to join him. He was reprimanded by the school, and forbidden from “engaging in ‘any overt actions’” that observers may perceive as an endorsement of prayer. Kennedy obeyed by opting to continue his post-game prayer alone and in silence.

But in October 2015, when community members decided to join Coach Kennedy for prayer at mid-field, the District placed Kennedy on administrative leave for purportedly violating the Constitution’s Establishment Clause, and later chose not to rehire him. (For a more detailed history, read First Liberty Institute’s case summary.)

After his dismissal, Kennedy sued the school district in federal court for violating his Free Speech and Free Exercise rights, but two lower courts ruled against him. He then appealed to SCOTUS, and NC Family joined with Family Policy Alliance and twenty-eight other state Family Policy Councils in submitting a friend-of-the-court brief in support of Kennedy.

Justice Neil Gorsuch, who authored the majority opinion in Kennedy v. Bremerton School District, explained that the lower courts viewed the Free Exercise, Free Expression, and Establishment clauses of the First Amendment as “warring ones where one clause is always sure to prevail.” The courts’ use of the so-called Lemon test, which has come to “involve estimations about whether a ‘reasonable observer’ would consider the challenged action an ‘endorsement’ of religion,” has usually resulted in religious liberty being trumped by the Establishment clause.

Thankfully, the High Court found the Lemon test “ahistorical” and overly “abstract.” Its overly broad application has produced “‘differing results’ in materially identical cases,” explained the majority, thereby rendering the framework impracticable. The fact that “an establishment clause violation does not automatically follow whenever a public school or other government entity ‘fail[s] to censor’ private religious speech” led the Court to throw out the Lemon test and instead interpret the Establishment Clause by “reference to historical practices and understandings.”

In summation, the majority opinion clearly stated, “Respect for religious expressions is indispensable to life in a free and diverse Republic—whether those expressions take place in a sanctuary or on a field, and whether they manifest through the spoken word or a bowed head. Here, a government entity sought to punish an individual for engaging in a brief, quiet, personal religious observance doubly protected by the Free Exercise and Free Speech Clauses of the First Amendment. And the only meaningful justification the government offered for its reprisal rested on a mistaken view that it had a duty to ferret out and suppress religious observances even as it allows comparable secular speech. The Constitution neither mandates nor tolerates that kind of discrimination.”