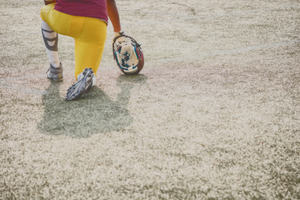 NC Family, along with Family Policy Alliance and twenty-eight other state Family Policy Councils, filed an amicus brief with the U.S. Supreme Court today in favor of Coach Joseph Kennedy, who was fired from a public school in Washington State because he prayed briefly at the 50-yard line after football games.

Coach Kennedy is a man of faith who has been saying a brief prayer following his team’s football games for years. Initially he did so alone, but some students and other coaches freely chose to join in. When the school learned what he was doing, it demanded he stop, but he felt responsible to thank God for the games in that way. As a result, he lost his job.

The issue before the high court is whether the speech and religious liberty rights provided by the First Amendment protect Kennedy’s brief prayer following games, and whether the Establishment Clause justifies his dismissal, as the school district has argued. In recent years, SCOTUS has interpreted the Establishment Clause to foster neutrality towards religion. Our amicus brief in this case argues that, “traditional religious beliefs are uniquely targeted for censure, while a host of comparable, religious-like beliefs receive a free pass for even endorsement.”

This sends a message not of religious neutrality but of hostility toward religion. Religious speech should not be singled out for punishment in a free and diverse society. A short prayer following a game, joined in only by those who wish to join, hardly amounts to an establishment of religion, particularly when the school was clear that it had nothing to do with Kennedy’s activities.

Oral arguments for this case are expected in April, and NC Family will provide updates as the case continues.