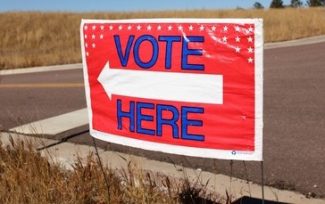 The North Carolina General Assembly passed House Bill 605 this week, which would push the 2022 primary election back from May 17 to June 7. This action comes in response to the ongoing litigation over newly drawn legislative and Congressional district maps.

As NC Family previously shared in December, the North Carolina Supreme Court ordered the state primary be pushed from March to May in order to give time for the General Assembly to redraw the district maps if they were to be found unconstitutional. (The maps passed last year along party lines and were immediately challenged in court.) After a three-judge panel upheld the maps last week, the plaintiffs immediately appealed to the NC Supreme Court, which will hear arguments in the case on February 2.

House Bill 605, which passed along party lines Wednesday, would push the primary back an additional three weeks in order to ensure the General Assembly has time to redraw the district maps if ordered to do so by the NC Supreme Court. According to a press release from NC House Speaker Tim Moore, “For a May 17 primary, district maps would need to be finalized by the week of February 14, just 12 days after the Supreme Court hears oral arguments in redistricting cases.”

“House Bill 605 would eliminate the potential chaos of rushing a court decision and the process of redrawing maps if required by the court,” stated Speaker Moore.

The bill now heads to the desk of Governor Roy Cooper, who has voiced his opposition. “The Supreme Court will determine the constitutionality of these districts,” he said in a statement, “and legislators should avoid additional attempts to undermine the voting process.”

Should Governor Cooper veto HB 605, a veto override by the General Assembly is unlikely, as the bill passed along party lines with 26-17 in the Senate and 69-50 in the House.