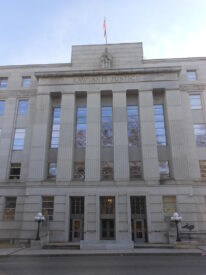 A three-judge panel ruled earlier this week that North Carolina’s recently redrawn state legislative and congressional maps are constitutional and do not have to be redrawn. The case, however, has been appealed to the North Carolina Supreme Court.

As NC Family shared last month, the North Carolina General Assembly was required to redraw congressional and state legislative district maps following the 2020 Census. The maps, which passed the state legislature along party lines in early November, faced immediate legal challenges. This legal action prompted a delay in North Carolina’s primary election from March to May.

The three-judge panel ruled on Tuesday that the maps are constitutional. “Sometimes, courts are required to make decisions that are not popular,” the opinion states, “but because judges take an oath to uphold the law, those rulings are mandated. And sometimes, redress of a perceived wrong does not lie with the judiciary, but rather, with one of the other co-equal branches of government.”

The ruling continues: “All of Plaintiffs’ claims in these lawsuits, in essence, stem from the basic argument that the 2021 redistricting maps passed by the North Carolina General Assembly are unconstitutional under the North Carolina Constitution. We have taken great lengths to examine that document. At the end of the day, after carefully and fully conducting our analysis, it is clear that Plaintiffs’ claims must fail. Judges, just like many of the citizens they serve, do not always like the results they reach. That fact notwithstanding, judges have a solemn duty to uphold the law. We have done our best to perform that duty, regardless of the consequences.”

Those challenging the maps have appealed to the North Carolina Supreme Court—which has a 4-3 Democratic majority—and both sides are calling for the recusal of certain justices.

The plaintiffs have called for Republican Justice Phil Berger, Jr. to recuse himself, since Justice Berger is the son of Senate President Pro Tempore Phil Berger, who is a defendant in the case. The motion alleges that “a reasonable observer would not believe that Justice Berger can neutrally resolve a constitutional challenge to the boundaries of the specific district under which his father is elected, and to the districts statewide that determine his father’s leadership position in the General Assembly.”

The legislative defendants are calling for Justice Anita Earls to recuse, since she has close ties to Eric Holder and the National Democratic Redistricting Committee, which is involved in the case. The motion also highlights that, “Justice Earl’s [sic] former firm, the Southern Coalition for Social Justice—a non-profit institution Justice Earls helped establish in 2007 and served as its Executive Director until she resigned to run for her current seat—is also counsel of record for the intervenors Common Cause. Appearing as lead counsel on behalf of the Southern Coalition for Social Justice is Allison Riggs: Justice Earls’ long-time colleague, co-author, and friend.”

Calls have also been made for Justice Sam Ervin to recuse, since he is up for re-election this year and his election could be directly impacted by the Court’s decision in this case. The motion points to cases related to the 2006 and 2016 elections where Supreme Court Justices recused themselves because they were running in those elections. Moreover, Wake County Superior Court Judge Paul Ridgeway recused himself from serving on the three-judge panel that heard this case because he is running in the upcoming election. Judge Ridgeway wrote: “My obligation under the North Carolina Code of Judicial Conduct is to carefully consider whether, as a candidate, my impartiality as a judge could reasonably be questioned when ruling on matters directly impacting the administration of the 2022 primary and general elections. I have concluded that even the slightest concern about my impartiality in this regard would be an unnecessary distraction from this important litigation, and I therefore have concluded that I should recuse myself from the matters described above, as well as any further redistricting challenges brought in 2021 or 2022.”

Thus far, none of the justices have expressed an intent to step away from the case.

NC Family will continue to update you as this case moves forward. As it stands, the state primary election remains scheduled for May 17, 2022 under the newly drawn maps.