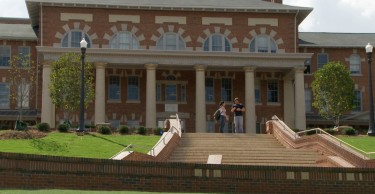 NC State University is changing its speech permit policy and settling a lawsuit filed by a student group last April. NCSU Chancellor Randy Woodson issued a statement saying that, “students, student groups, and their sponsored guests will no longer be required to reserve space to conduct non-commercial solicitation. These groups can reserve space in certain areas, such as in Talley Student Union, to ensure it will be available, but do not have to do so. Outside groups will still be required to reserve space.”

Alliance Defending Freedom filed the lawsuit in April on behalf of a student group entitled, Grace Christian. Members of the group said the university was requiring them to obtain permits to hand out information or speak about their faith to people they didn’t know. In June, a federal judge granted a preliminary injunction that prevented NCSU from enforcing the policy while the case made its way through the courts.

Woodson concluded his statement by saying, “the bottom line is that free speech remains alive and well at NC State; this university remains an environment that fosters and enables the healthy and free exchange of ideas and viewpoints by our students and community. And in the same manner, we are always open to discussion with the campus community about improving campus policies and procedures.”