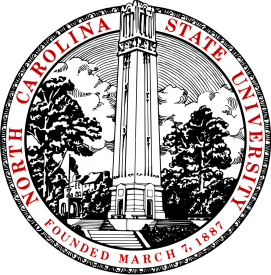 North Carolina State University cannot enforce most of its campus speech permit policy while a legal challenge to the policy makes its way through the courts, according to a judicial order issued Saturday, June 4. Federal District Judge James Dever granted a preliminary injunction that prevents NC State from enforcing a policy that, as described in the lawsuit,  “requires students to obtain the prior permission of the University before they engage in any expressive activity anywhere on campus, including distribution of any written material or even oral communication to other students.”

As we reported in April, Grace Christian Life, a non-denominational Christian student ministry that meets on campus at NC State, is suing the University over its speech permit policy. According to the lawsuit, the organization seeks “to give an accurate picture of Jesus and His church to all people everywhere” and pursues this goal in part by initiating “conversations with students about religion and other important topics.” Under the policy, “Grace was informed by the University that it was not allowed to approach students for the purpose of engaging in religious conversations without first obtaining prior written permission of the University.” In the lawsuit, the group charged that the policy is an unconstitutional restriction on “Grace’s and other students’ right to freedom of speech and expression.”

On Thursday June 2, Judge Dever heard the complaint seeking this preliminary  injunction, and, according to media reports, repeatedly and pointedly questioned University officials about the policy. He issued the court order on Saturday that in part says NC State “shall not impose restrictions on any forms of Non-Commercial Solicitation because of the content or viewpoint of the expression or the possible reaction to the expression.”