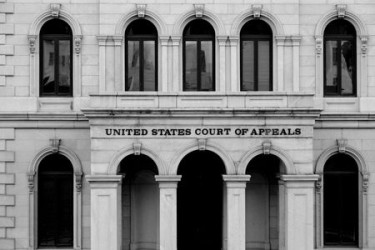 The U.S. Court of Appeals for the Fourth Circuit, which has jurisdiction over North Carolina, is scheduled to hear oral arguments today in two important cases that could significantly impact the Tar Heel State: one involving religious liberty, and the other regarding student privacy and safety.

1.) First up is the public prayer policy of Rowan County, NC where county commissioners have been fighting a four-year legal battle with the American Civil Liberties Union of NC Legal Foundation (ACLU-NC) over the long-standing practice of having commissioners personally offer prayers before board meetings. The federal appeals court will hear oral arguments in the case Lund et. al., v. Rowan County, NC, and consider whether “the legislative prayers offered by the county commissioners violate the Establishment Clause of the First Amendment.”

The ACLU-NC filed the original lawsuit against Rowan County’s prayer policy in 2013 on behalf of three residents, who allege that the policy is unconstitutional, mainly because the majority of prayers offered by county commissioners are Christian. Last summer, the Rowan County Board of Commissioners voted unanimously to appeal a May 2015 decision by District Judge James A. Beaty, Jr., who issued a permanent injunction against the policy.

2.) In another significant case for North Carolina, the Fourth Circuit will also hear oral arguments today in G.G. v. Gloucester County School Board, a student privacy case that concerns an attempt by the ACLU and the Obama administration to force a Virginia school district to open restrooms and locker rooms of either sex to transgender students. As we previously reported in November, Governor Pat McCrory added his name to a friend-of-the-court brief filed by South Carolina’s Attorney General in the case. That brief defends the Virginia school district’s restroom policy, which offers transgender students the option of a single-stall, unisex restroom. In a statement, Gov. McCrory, who took action in the case because Attorney General Roy Cooper declined to do so, explained that, “A decision favoring the Obama Administration in the federal Fourth Circuit Court of Appeals would be binding on all North Carolina school districts.”

Matt Sharp, an attorney for Alliance Defending Freedom (ADF) discussed this case with NC Family President John L. Rustin in a December 2015 interview on our “Family Policy Matters” radio show. ADF also filed a friend-of-the-court brief supporting the Virginia school district’s restroom policy. Sharp said the key question before the Fourth Circuit is simple: “Are schools required to allow transgender students to use whatever bathroom they want, or are schools going to retain the authority to impose common sense rules when it comes to bathroom access.” Hear more about this student privacy case and how it could impact North Carolina by listening to the interview with Matt Sharp or reading the transcript.