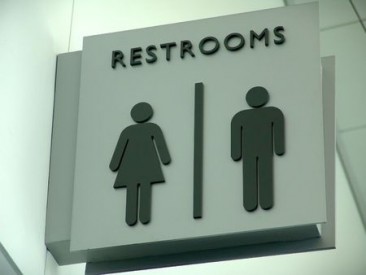 Pat McCrory has added North Carolina to a list of states that oppose an interpretation by the Obama administration that our nation’s federal anti-discrimination law requires local school districts to open boys’ and girls’ restrooms and locker rooms to transgender students who do not identify with their biological sex. Gov. McCrory added his name as Governor of North Carolina to a friend-of-the-court brief that was filed on November 30 by South Carolina’s Attorney General. The brief defends the single-sex restroom policy of a Virginia school district in G.G. v. Gloucester County School Board, which is currently before the U.S. Court of Appeals for the Fourth Circuit. The case involves an attempt by the American Civil Liberties Union and the Obama administration to force a Virginia school district to open restrooms and locker rooms of either sex to transgender students. Gov. McCrory signed the amicus brief after North Carolina Attorney General Roy Cooper refused to do so on behalf of the state.

“NC Family applauds Gov. McCrory for his swift action in this important Fourth Circuit case that may have sweeping implications for our nation,” said John L. Rustin, president of the North Carolina Family Policy Council. “Not only will the outcome of this case likely impact the right of state and local education authorities to set single-sex bathroom policies that protect the privacy and safety of all students, but it may also influence the ability of parents in North Carolina and other states to have input at the local school level on sensitive and controversial issues involving young people struggling with gender identity issues.”

Title IX of the federal antidiscrimination law relating to education states that: “No person in the United States shall, on the basis of sex, be excluded from participation in, be denied the benefits of, or be subjected to discrimination under any education program or activity receiving Federal financial assistance.” According to the amicus brief, “the government concedes that the long tradition of single-sex restrooms is valid and nondiscriminatory, undermining its entire case…Title IX forbids disparate treatment of the biological sexes, not subjective or cultural expressions of gender at odds with one’s biological sex… If such a social revolution is to be wrought, it must come from the democratically elected legislature, not the courts or the executive.”

In a November 21 letter asking Attorney General Cooper to take action in the lawsuit, Gov. McCrory noted that, “A decision favoring the Obama Administration in the Fourth Circuit would be binding precedent on North Carolina federal courts.” He also warned that, “The Obama Administration has already informed school authorities in North Carolina and around the country of this directive, and is threatening resistant schools with legal action and loss of federal funding.”

The leaders of the North Carolina House and Senate issued statements in support of Gov. McCrory’s decision, with Senate President Pro Tempore Phil Berger (R-Rockingham) noting, “the concerns of transgender students can be easily accommodated without forcing children and teenagers to use shared dual-sex locker rooms and bathrooms.”

In addition to McCrory and the governor of Maine, the states of Mississippi, West Virginia, and Arizona also joined South Carolina in the brief supporting the Virginia school district policy.