Rowan County Prayer Battle Not Over 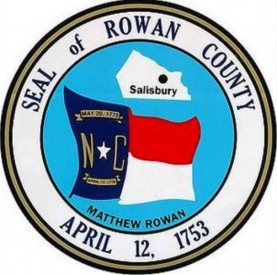 Commissioners in Rowan County, North Carolina, have decided to appeal a federal judge’s ruling that ordered them to halt a long-standing custom of personally offering prayers before board meetings. During a packed meeting on Monday night, the Rowan County Board of Commissioners voted unanimously to appeal the May 4 order of District Judge James A. Beaty, Jr. to the U.S. Court of Appeals for the Fourth Circuit. Beaty’s order made permanent his previous injunction against the Commissioners’ public prayer practice.

According to Judge Beaty’s decision in Lund et. al., v. Rowan County, the county’s custom from 2007 to 2013 of allowing commissioners to offer prayers prior to board meetings is unconstitutional because it “fails to be nondiscriminatory, entangles government with religion, and over time, establishes a pattern of prayers that tends to advance the Christian faith of the elected Commissioners at the expense of any religious affiliation unrepresented by the majority.” The overwhelming majority of the prayers offered by Rowan County commissioners between 2007 and 2013 were Christian in nature.

The Salisbury Post reports that during the standing-room only meeting on June 1, several former and current commissioners spoke in favor of the appeal, including Commissioner Judy Klusman, who emphasized, “What’s really at risk is our right to free speech.” In an interview with WBTV, Rowan County Board of Commission Chair Gregg Edds said that the vote in favor of the appeal “is based on a shared value that we as American citizens enjoy, and that is freedom of speech.”

The American Civil Liberties Union of North Carolina Legal Foundation, which filed the original lawsuit against Rowan County’s prayer policy on behalf of three residents, released a statement criticizing the Board’s decision. “We are disappointed that the commissioners have decided to continue defending this discriminatory and unconstitutional policy,” said Chris Brook, legal director for the ACLU-NC.

The Rowan County Board of Commissioners is being represented in the lawsuit pro-bono by David Gibbs, III of the National Center for Life and Liberty, which filed the appeal with the Fourth Circuit.