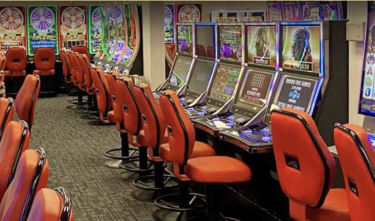 The Charlotte Observer recently reported the findings of a federal investigation into the Catawba Two Kings Casino suggesting that the gambling enterprise is guilty of multiple violations of federal law. This is the latest development in a nearly decades-long controversy over the establishment of the Two Kings Casino in North Carolina by the South Carolina-based Catawba Indian Nation.

According to the report, the management authority of the casino development project was not properly disclosed within the required time period, and it appears the casino is being operated by individuals outside the Catawba Nation, which would violate the federal Indian Gaming Regulatory Act (IGRA). A 28-page “Notice of Violation” issued by the National Indian Gaming Commission on December 6 outlines these matters, and the Catawba casino project could face fines and temporary closure as a result.

IGRA requires the disclosure of the contracts that determine the project’s management authority. The Act also requires management of the project to stay within the Catawba Nation. These protections were implemented in part “to shield it from organized crime and other corrupting influences, to ensure that the Indian tribe is the primary beneficiary of the gaming operation…”

The investigation found that Kings Mountain Sky Boat Partners, LLC (Sky Boat), run by casino tycoon Wallace Cheves and other individuals outside the tribe, had significant management authority in the project. It also found that Sky Boat and Two Kings did not properly disclose their management contracts. The Commission now prohibits Sky Boat from participating in the management of the project, and disallows the Casino from operating under its current lease agreement. The Catawba Nation and others could face a $57,527 daily fine until these violations are addressed. The project also could be closed temporarily.

NC Family has been an outspoken opponent of Catawba Two Kings Casino project since the very beginning, because of the corrupting influence and harms it has and will continue to bring to the State of North Carolina. Here are just a few of our articles on the matter:

The Dangerous Precedent Of The Catawba Casino Bill

Going Off The Reservation