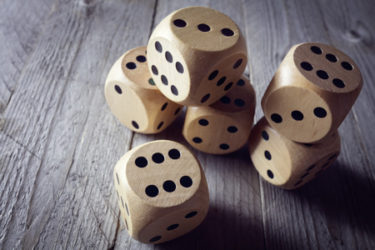 According to surprising news reports over the weekend, North Carolina Governor Roy Cooper has entered into a tribal-state compact with the South Carolina-based Catawba Indian Nation to allow the tribe to conduct video poker, Las Vegas-style table games, sports betting, and wagering on horse racing at its proposed 200,000+ square foot gambling casino in Kings Mountain, N.C. Although the U.S. Bureau of Indian Affairs has taken a plot of land about 30 miles west of Charlotte into trust on the tribe’s behalf for the purpose of a gambling casino, the Kings Mountain Catawba project remains controversial, and is the subject of a federal lawsuit filed by the Eastern Band of Cherokee Indians (EBCI).

NC Family President John L. Rustin responded to the astonishing news of Governor Cooper’s actions: “At its most fundamental level, this gambling casino proposal is entirely illegitimate. We are shocked and completely dismayed that Governor Cooper would enter into a gambling compact on behalf of the State of North Carolina in such contentious circumstances, especially when substantive litigation is ongoing. NC Family urges Governor Cooper to rescind the compact with the Catawba Indian Nation and withhold further action until all legal disputes surrounding the proposed gambling casino project are resolved.”

Call Governor Roy Cooper at (919) 814-2000 to express your concerns about the Catawba Casino and to urge him to rescind the Gambling Compact.

So why look to North Carolina? The reality is that the South Carolina legislature has blocked every effort by the Catawba Indian Nation to legalize Las Vegas-style gambling and to establish a casino in that state. Not to be deterred, the tribe, along with controversial gambling developer Wallace Cheves, began “reservation shopping” several years ago and sought to purchase land and build a gambling casino right across the border in North Carolina. In a somewhat unprecedented move, the Bureau of Indian Affairs agreed in March 2020 to take the Kings Mountain land into trust on the tribe’s behalf, paving the way for initial development.

According to a press release issued Friday by the Catawba Indian Nation, N.C. Attorney General Josh Stein and N.C. Secretary of State Elaine Marshall also reviewed and signed off on the compact. “With work on the compact completed,” Catawba Chief Bill Harris states, “we will advance the project from the site preparation phase to vertical construction of an introductory casino gaming facility to open this Fall.”

NC Family has long opposed the Catawba casino project, not only because a massive gambling casino the size of a Lowes Home Improvement store would bring significant harms to individuals and families due to increases in gambling addiction and related problems, but also because it will cannibalize the local economy and plague surrounding communities. (Read NC Family’s magazine article “Going Off The Reservation,” which outlines many of these concerns in detail.)

The EBCI lawsuit is expected to be heard in federal court in the coming weeks, and, if successful, could bring the casino development to a screeching halt.