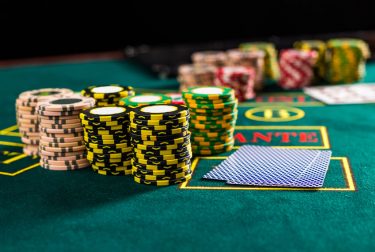 In a surprise move yesterday, the United States Department of the Interior (DOI) gave the South Carolina-based Catawba Indian Nation a green light to establish a massive Las Vegas-style gambling casino in Kings Mountain, N.C. just 30 miles west of Charlotte. In a letter dated March 12, 2020, the Department stated that it “will accept transfer of the King[s] Mountain Site into trust for the benefit of the [Catawba Indian] Nation. Once acquired in trust, the Nation may conduct gaming on the Site.”

“We are absolutely astounded by this announcement,” responded NC Family President John L. Rustin. “First of all, we know the devastating impact a gambling casino of this sort would have on the families and communities of Central North Carolina and the surrounding area. Secondly, our research clearly indicates the Catawba Indian Nation lacks the grounds to even ask the Department of Interior to take land outside of the State of South Carolina into trust on the tribe’s behalf for gambling purposes. We will continue to fight this casino scheme with everything we have,” Rustin said.

In 2013, the Catawba Indian Nation initiated efforts with the DOI to purchase a tract of land in the Kings Mountain area for a casino. The DOI subsequently rejected the Tribe’s application. But the Catawba Indian Nation tried again with a different application in September 2018. In its application, “The Nation propose[d] to construct a casino and mixed-use entertainment complex.” This facility would be approximately 195,000 square feet (about the size of an average Lowe’s Home Improvement store), and “the gaming area will consist of 75,128 square feet with approximately 1,796 electronic gaming machines and 54 table games.” In the conclusion of its letter approving the Tribe’s application, the DOI stated that it believed the construction and operation of this casino would “provide a major economic benefit to the Nation.”

Last year, NC Family alerted you to a bill introduced in the US Senate that would “authorize the Catawba Indian nation to own and operate a gaming facility on certain land in Cleveland County, North Carolina.” Fortunately, this bill never came up for a vote, but North Carolina’s two U.S. Senators Richard Burr (R) and Thom Tillis (R) joined South Carolina Senator Lindsey Graham (R) as cosponsors of the measure.

NC Family will continue to monitor this situation, and will keep you updated as we fight the dangerous expansion of gambling in our state.