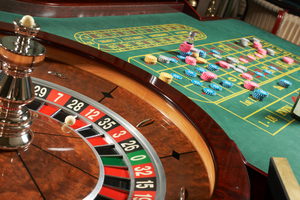 The U.S. Senate has approved a measure that will codify in federal statute the scheme of the South Carolina-based Catawba Indian Nation to purchase land in Cleveland County, North Carolina to establish a massive gambling casino. But, instead of taking up the stand-alone bill—H.R. 1619—Catawba Indian Nation Lands Act—the Senate included the text on page 905 of the 910-page S.1605—National Defense Authorization Act for Fiscal Year 2022. Both of North Carolina’s Senators, Richard Burr and Thom Tillis, voted in favor of S.1605.

As NC Family reported before the U.S. House passed H.R. 1619 in early November, this bill would represent the first time in history that the U.S. Congress has passed a bill to create an off-reservation tribal casino, setting an incredibly dangerous precedent for tribal gambling across the U.S.

Last year, the U.S. Department of the Interior took land in Kings Mountain, NC into trust on behalf of the Catawba Tribe, and the tribe is currently operating a “temporary” video-based casino there. That action, however, is the subject of an existing lawsuit by the Eastern Band of Cherokee Indians and could be overturned by the federal courts.

If either H.R. 1619 or S.1605 are ultimately enacted into law, it would essentially invalidate this litigation and legalize the “Catawba Two Kings Casino” in Kings Mountain, just west of Charlotte. According to Congress.gov, the House and Senate are presently resolving differences between the two chambers’ versions of S.1605.