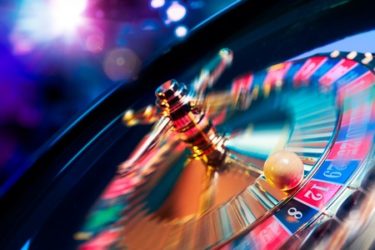 In an unprecedented action, North Carolina’s U.S. Senators Richard Burr and Thom Tillis have signed on as cosponsors of a bill in the U.S. Senate that would authorize an out-of-state Indian tribe to buy land and open a massive gambling casino in the heart of North Carolina. The bill, S.790, is authored by South Carolina Senator Lindsey Graham and would pave the way for the South Carolina-based Catawba Indian Nation to purchase land along the I-85 corridor in Kings Mountain, N.C., just west of Charlotte. The tribe could then build what could be the largest Las Vegas-style gambling casino on the eastern seaboard. At a proposed 220,000 square feet, the Catawba Indian Casino would be twice the size of an average Lowe’s Home Improvement store.

In response to the introduction of S.790, NC Family President John L. Rustin said the citizens of North Carolina must demand answers to the following questions:

Please call Senators Burr and Tillis and ask them why they signed on as cosponsors of the Catawba Casino Bill, and ask them to answer these vitally important questions:

As we mentioned in our Action Alert on this issue last week, this is not the first time Senator Graham has sought legislation to allow the Catawba Indian Nation to build a gambling casino in North Carolina. He attempted to add language to an omnibus appropriations bill in 2015, but, as far as we know, without the express cooperation of North Carolina’s two U.S. Senators.

For more information about the South Carolina-based Catawba Indian Nation’s ongoing attempts to buy land and build a massive gambling casino in North Carolina just west of Charlotte, see our article “Going Off The Reservation” in Family North Carolina magazine.