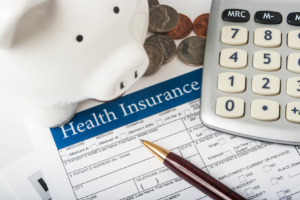 North Carolina’s largest private healthcare provider has announced it will expand its “medically necessary” coverage to include gender-affirming facial and vocal surgeries. Blue Cross NC—formerly Blue Cross Blue Shield of North Carolina—recently gave in to pressure by Duke Law’s Health Justice Clinic, two law firms, and the Transgender Legal Defense & Education Fund (TLDEF), which has been pushing for an expansion in medical coverage that would include facial surgeries and vocal therapy for individuals who identify as transgender.

This change comes after Blue Cross denied coverage of these surgeries for two biological males who identify as female. Following their denial, the pair appealed and submitted a formal complaint. In a July 1 update, Blue Cross adjusted its policy to “[expand] coverage on treatments that are medically necessary as part of the overall treatment plan for gender dysphoria…” TLDEF applauded this change, and views such expansion as “progress” in providing inclusive healthcare. In response to Blue Cross’s actions, Noah Lewis, TLDEF’s Trans Health Project Director, said, “Across the country, health insurance companies are increasingly recognizing the need to end systemic denials of lifesaving gender-affirming health care for transgender people.”

Blue Cross insures over 3.8 million North Carolinians, more than any other private company, so this is a significant policy change in our State. It also is part of a dangerous (see links to some of our resources below) trend we are seeing nationwide, as pro-LGBTQ activists and politicians push to enforce their views on others. Just this past May, President Biden announced his Department of Health and Human Services would not allow federally funded health care organizations to “discriminate” against LGBTQ individuals.

Modern Thinking About Transgender Issues Not Supported By Science

Pink Or Blue? Guiding Parents Through The Transgender Issue