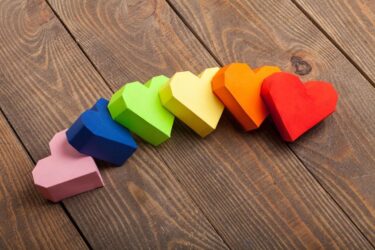 Google the title and you’ll see what I mean. Major publications like The Economist and The Times of London have praised the book in the highest terms. Others have derided it as bigoted and transphobic. No one seems to be neutral.

In her book, Shrier talks about a very specific issue, the rise of gender dysphoria in adolescent girls. The book is not about adults who identify as transgender, nor is it about boys of any age. It’s about girls, and specifically girls who, sometime between middle school and college, begin to express a transgender identity with no previous history of such as young children.

There’s a reason she chooses such a narrow focus. Gender dysphoria in kids has been documented for some time, but it’s always been exceedingly rare—fewer than one in 10,000 people—and it’s been found in toddler boys. Until 2012, adolescent onset gender dysphoria in girls was so rare that there was no scientific literature on the subject at all.

Then, all of a sudden, that began to change. Over the past decade, incidents of gender dysphoria in adolescent girls have increased by over 1,000 percent in the U.S. In the UK, there’s been an increase of 4,400 percent among the same group. Similar patterns have emerged throughout the West, in Canada and across Europe. This dramatic and sudden increase in gender dysphoria among a group that had previously been almost entirely unaffected seems strange. Regardless of politics, religion, or worldview, it seems reasonable to question what is causing this.

This rapid increase in gender dysphoria has, unsurprisingly, given rise to a massive increase in treatment as well. The book outlines current policies in many states that allow girls to change their preferred names and pronouns at school without their parents’ knowledge, initiating a “social transition” that can be difficult to undo. It discusses the ease with which girls as young as 15 can secure prescriptions for testosterone, often on their first visit to a clinic and without parental consent. In an increasing number of states, therapists must immediately affirm a girl’s transgender identity or risk losing their licenses. Universities routinely offer cross-sex hormones to students for free and with minimal counseling, treatments that often lead to permanent infertility. Even elective double mastectomies are becoming more common and easier to secure amongst very young women and teens.

Of course, much of this treatment cannot be reversed easily if at all. It seems prudent, therefore, to exercise caution, to avoid taking irreversible steps based on the notoriously volatile feelings of teenagers, to love and support and counsel girls as they navigate their adolescence, helping them to make good choices along the way. But that is the exact opposite of the approach increasingly taken by professionals and recommended to parents. 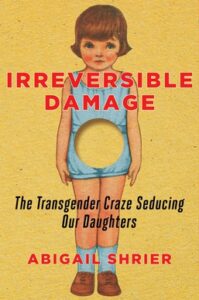 Shrier presents compelling arguments about what she believes bears all the hallmarks of a dangerous peer contagion, something similar to anorexia or self-harm in that it worryingly pops up in clusters of friend groups. She examines the scientific evidence, she talks to psychiatrists, physicians, parents, transgender adults, and detransitioners (individuals who have gone through gender transitions, and then reverted back to their biological sex). She tells their stories, and helps to make sense of this epidemic, offering possible answers to some of the why questions. Most importantly, she offers helpful advice to parents about how to protect their daughters.

Shrier is not a religious zealot. She’s Jewish, but not orthodox. She never comes across as bigoted. She just questions what’s happening among adolescent girls. She wonders if people are failing to meet their real needs? Are there things we need to do differently to help our teen daughters become strong, confident women? Might parents, desperate to help their children, even be inadvertently hurting them?

I was struck as I read this book by how much the typical profile of these girls matched that of my friends’ children. More than 90 percent of these girls are white. They’re from middle and upper-middle class families. They have very involved parents, who are eager to support and affirm their children. They look a lot like many of the teen girls I know and care about.

And I came away from this book thinking that every parent or grandparent of a non-adult daughter should read it. Anyone who works with girls or parents – at church, school, or in the community – should read this book. Anyone who cares about girls should read this book. Because being a teen girl is hard, and adults who care about them need to understand the world in which those teen girls are living and how to help them navigate through to adulthood. Shrier’s book is, fundamentally, an impassioned plea for these teen girls, and it’s a helpful guide for the adults who care about them.