Pink or Blue? Guiding Parents Through the Transgender Issue 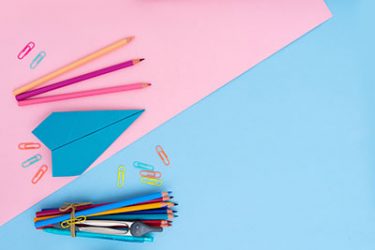 Editor’s Note: Portions of this article are reprinted with permission from “Responding to the Transgender Issue: Parent Resource Guide,” produced by the Minnesota Family Council.

The excitement that accompanies a gender reveal party invitation is nearly universal. Siblings, grandparents, aunts, uncles, and friends gather to celebrate the joy of new life and focus on one of life’s most basic facts—the human species is comprised of males and females. Shortly after finding out a new human being has come into existence, but long before knowing that being’s personality or preferences, ultrasound technicians and blood tests uncover whether this new creation is a boy or a girl. That determination is a scientific fact. No matter how badly mom and dad wanted a “Momma’s boy” or “Daddy’s little princess,” nature speaks a truth with facts: Junior is male or female, and his or her body tells the tale.

Over the last decade or so, these facts of life have been seen less as facts and more as suggestions—at best—and shackles—at worst. A combination of misguided, but often well-intentioned groups have tried to erase the facts of life and expose children as young as possible to the idea that sex is changeable and dependent on nothing more than feelings. Many parents and adults who work with and care about children are justifiably concerned at this growing trend to push the idea of changeable genders and force gender affirmation at earlier and earlier ages, particularly in schools.

A surprising combination of groups, including Family Policy Alliance, The Heritage Foundation, The Kelsey Coalition, Parents of ROGD Kids, and Women’s Liberation Front, have answered the pleas of desperate parents for a resource to help navigate these increasingly intense and dangerous waters. Despite their sometimes strong areas of disagreement, these unlikely partners have a shared concern: the negative consequences that result when society regards bodily sex as irrelevant. NC Family hopes that the following introduction to “Responding to the Transgender Issue: Parent Resource Guide” will give parents the confidence to have important conversations with both their children and school leaders, while better understanding the role of science and parental rights on the topic of transgenderism.

Like many Americans, the authors of this guide believe that schools, adults, and children need more information and more empowerment to properly respond on the topic of transgenderism. This guide can help readers understand the consequences of the transgender trend and its implications in schools, as well as explain parental and constitutional rights and encourage parents, communities, and schools to work together.

One difficulty in discussing or considering gender identity, rather than biological sex, is that gender identity is an individual’s self-perceived or desired status as a male, female, both, or neither. Therefore, it is subject to change over time, making it impossible for a stable set of guidelines, rules, or parameters to govern its impact on everything from language to athletics. Sex, on the other hand, has natural limitations and advantages, because it is unchangeable.

Additionally, discrimination is a term heard often in discussions related to gender policies. Discrimination is the “recognition and understanding of the differences between one thing [or person] and another,” and can sometimes involve “the unequal or unfair treatment of a person based on one or more personal characteristics.” Boys and girls are different. Molecular biology—not feelings, hormones, or surgery—determine whether a member of the human species is male or female. It is not bigotry to acknowledge the biological differences between men and women.

The Facts of Life

Increasingly today, personality diversity is squashed in favor of gender stereotypes, often by the very people who claim to disbelieve in gender stereotypes. Rarely do children’s personalities and preferences at a given moment completely conform to the societal expectations for their sex. Certainly, children should not be led to fear that their unique preferences indicate a need to change their identity or their bodies.

Sex stereotypes vary between cultures and historical eras, and conformity to them is not an accurate indication of one’s biological identity. Boys and girls have a wide variation of personality traits and preferences that in no way contradict their sex. To the contrary, encouraging kids in their non-stereotypical interests may help them to understand that there is no rigid or fixed way to be a boy or a girl.

The “gender affirmative” model that is being increasingly used in schools and by many medical professionals enables and encourages false beliefs that children have about themselves. Parents and medical professionals do not encourage an anorexic child to lose weight, even when she is insistent that she is overweight. Instead, as Dr. Ryan Anderson points out in his book When Harry Became Sally, children “need medical professionals who will help them mature in harmony with their bodies, rather than deploy experimental treatments to refashion their bodies.” Sadly however, too many children who express individuality in play and personality find themselves subjected to the opposite of this approach.

There are no long-term studies to support medical interventions for children who are confused about their sex, yet parents are increasingly being told by medical professionals to assume that the best way to treat their child’s transgender feelings is with social and medical transition. Doctors are now under pressure from transgender activists to enable medical transition without questioning the patient’s motivation for doing so, even when the patient is a child. Thus, children are being medicalized based on a self-diagnosis. As a result, some individuals are reporting that they were offered prescriptions for cross-sex hormones and referrals for surgery instead of appropriate psychological treatments.

An entire resource could be written about the deleterious effects of the transgender movement on athletics. Basic quantifiable, biological facts make it clear that no amount of therapy—mental, hormonal, or surgical—can erase the physical differences between men and women. For example consider:

Even more important than athletic competitions are athletic facilities. Good school policy will respect the physical differences between the sexes without resorting to an unverifiable gender identity as the determination of who can use certain bathrooms, showers, and locker rooms. Policies that strip girls of their right to privacy reinforce the notion they are not in control of who can see their bodies when they use intimate facilities. With concern about invasion of privacy and sexual assault at an all-time high, it makes no sense to tell young women to drop their guard.

The primary concern related to facilities is not that transgender users will seek to harm anyone in the locker room, but rather that ill-intentioned criminals will take advantage of this crack in the door to prey on women. A 2018 study showed that there were three times more voyeurism offenses in Target retail stores after the public announcement of their mixed-sex restroom and fitting room policy. Furthermore, a UK investigative report by The Times found that of 134 reported incidents that included voyeurism, harassment, sexual assault, and rape in swimming pool and sports center changing rooms, 120 were committed in mixed-sex spaces.

Parents are increasingly finding out that their parental rights may be ignored, overridden, or even terminated if they do not toe the gender affirmative line. Still, the U.S. Supreme Court has found that parents have a fundamental right “to make decisions concerning the care, custody, and control” of their children. Parents have the right to teach their children that there is a difference between the sexes, and they must be proactive on this issue. Depending upon individual state laws, parents may even have the right to control their child’s exposure to sensitive materials like transgender-themed books and curricula in the classroom.

Here are some tips for parents as they exercise their rights:

How we approach the transgender issue in our schools will make all the difference in the lives of all children, and especially those who are struggling to accept their bodies as male or female. Every child deserves to hear that there is nothing they need to change about their body in order to gain acceptance from their peers or the adults in their lives. Young people need to know they are beautiful just the way they are, and there is no one better positioned to bring this positive view of human identity to public schools than parents.

By respectfully speaking out, parents can help to ensure that school boards hear what the research makes clear: our sex does not change according to our feelings, and school policy that ignores that fact ends up hurting our kids. Many school boards are pressured by outside activist organizations to pass policies that treat bodily sex as irrelevant, but parents are the real stakeholders in a school, not activist groups.

Take heart knowing that objections to the transgender issue are coming from people across the political spectrum. This is not a “right” or “left” issue. Take courage, gather a community, and speak up—our children deserve nothing less.