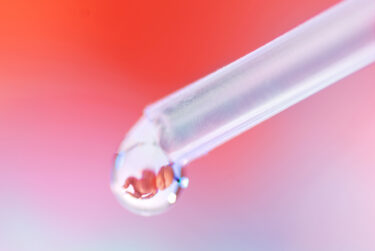 Many were appalled when the New York Times published a jaw-dropping report exposing the unacceptably high rate of false positives from noninvasive prenatal screens. These false positives far too often mislead anxious parents to abort a perfectly healthy child, yet science shows the results are more often wrong than right, especially when screening for rare disorders.

A prime example is Natera, a for-profit company offering the Panorama non-invasive prenatal screen for Prader-Willi, a rare disease affecting 1 in 10,000-30,000 people. With a calculated positive predictor value of 5 percent, this means that when the prenatal screening result says “high-risk,” there is a 95 percent chance that the result is wrong, and the baby is not affected by Prader-Willi.

Screening for more common disorders such as Down syndrome, affecting 1 in 700 individuals, is also less accurate than advertised.

Natera offers a screen for Trisomy 21 (Down syndrome) with a calculated positive predictor value of 95 percent, but that data is only for women at high risk (e.g., aged 35 years or older). The company does not highlight published studies that clearly demonstrate a positive predictor value below 50 percent among low-risk women (e.g., less than 35 years of age). So, for every 10 low-risk pregnant women screened, at least 5 results are expected to be wrong with no risk of Down syndrome. Flipping a coin would be just as accurate.

Labs market these screens to pregnant women, portraying them as definitive tests. The tragedy is that not only are babies with disease being aborted as a modern-day form of eugenics, but perfectly healthy babies are also being aborted based on these faulty DNA screens. On average, 67 percent of U.S. babies prenatally diagnosed with Down syndrome are aborted.

How did we get here?

Fifty years ago, the unborn child could barely be seen inside the womb, let alone diagnosed for a genetic disorder. But with advancements in ultrasound came advancements in screening before birth for risk of disease. The development of the non-invasive prenatal DNA screen (known as NIPT or NIPS) in 2011 offered fast and easy screening with one simple blood draw from the mother, avoiding more complicated and riskier—yet also more accurate—invasive diagnostic tests like amniocentesis.

Today, the NIPT market has exploded. Almost all NIPT screens are performed by commercial labs. To gain the largest test volume and make the biggest profit, companies try to distinguish themselves from the competition. Thousands of mothers, both high-risk and low-risk, are screened daily because of recommendations by major medical societies like the American College of Obstetricians and Gynecologists, whose policy on abortion states that “Induced abortion is an essential component of women’s health care” and affirms “the legal right of a woman to obtain an abortion prior to fetal viability.” And because there are no regulations in place requiring the mother to confirm the “positive” screen through more accurate, invasive diagnostic tests, many babies are killed based solely on these faulty screens.

As former director of a children’s hospital DNA testing lab, I have witnessed the laissez-faire industry that simply accepts the damage caused by these inaccurate screens. At one medical conference, real images of brutally aborted babies were nonchalantly posted for the audience while explaining that subsequent autopsy from a “positive” prenatal screen showed there was no disease at all.

Fortunately, concerned scientists are stepping forward and advocating for change. In a recent Nature article, authors report how “Tests…in early pregnancies are frequently used to make important decisions, including terminations, but many rely on outdated science. Regulation of these genetic tests is urgently needed to ensure transparency and validation.”

Others are standing up against the testing industry. At least one class-action lawsuit has been filed against Natera, Inc., over the false positive NIPT screening results, and a report from the Hastings Center is tackling the issue of misleading language in marketing materials for NIPT screens.

In a recent press release following the Times article, Natera attempted to distance itself from this issue, stating the responsibility lies with the physician to analyze the results.

The problem is that most physicians are not prepared to discuss prenatal screening results with their patients. An American Journal of Obstetrics and Gynecology report found that only 36 percent of practicing OB/GYNs feel “well-qualified” to counsel patients whose babies screen positive for Down syndrome. The mother is the child’s principal advocate for life. The child’s life and death hangs on the accuracy of the test and counseling of its real meaning.

So, how can a mother make a properly informed decision after a prenatal screen positive result, if her own physician cannot even understand it?

Faulty prenatal genetic screens have larger, profound societal implications. The Social Capital Project report of 2022 led by Senator Mike Lee (R-UT) analyzed the implications of such prenatal screens on the Down syndrome population. They estimate an additional 4,778 babies with Down syndrome would have been born each year, absent eugenic selection for abortion due to prenatal screens.

There have also been several calls for federal action, including from Pew Trusts, advocating for stronger oversight to improve patient safety in the context of prenatal screenings. The House GOP submitted a letter to the FDA following the Times article, demanding answers regarding the high rate of false positives and increased oversight for all prenatal screens.

Congress introduced legislation in 2021, called the VALID Act, requiring the FDA to provide additional oversight and regulation of in vitro diagnostic tests before the test hits the market by instituting a required technology certification. A test would be withdrawn if found to provide misleading information in the sale, distribution, labeling, and marketing of the test. Under such a law, commercial labs that do not properly disclose the true quality of their test risk losing certification.

Some states have already taken action. More than a dozen states prohibit discrimination by abortion. Arizona, Missouri, North Dakota, Mississippi, and Tennessee prohibit abortion based on a risk or diagnosis of Down syndrome. Arizona, Missouri, Mississippi, and Tennessee also prohibit abortion based on the race of the unborn child. Several states, including North Carolina, Kansas, Oklahoma, and Pennsylvania, have laws to prohibit sex-selection abortions.

Last year, I testified before multiple North Carolina General Assembly Committees regarding legislation to prohibit abortion based on prenatal screenings. Mothers stepped forward testifying to how they were pressured to abort after receiving a “positive” prenatal screen, only to find out that the result was wrong, and their child was healthy.

Not surprisingly, Planned Parenthood opposed North Carolina’s anti-discrimination legislation, consistent with their founder’s support of the racist eugenic philosophy of eliminating human
“weeds” in society that look or act differently. The bill—HB 453—was approved by the state legislature but later vetoed by Governor Cooper.

Even if a time comes when prenatal screens are better regulated with improved quality, who are we to play God and eliminate lives deemed less valuable? How far will this go? Prenatal screens are already on the horizon that may predict adult onset of breast cancer or Alzheimer’s. Will the dignity and sanctity of the unborn be so distorted that a human being who carries any apparent risk of disease, ever, be less valued?

Diversity begins in the womb. One cannot embrace diversity only after a child is born—that view is far too obtuse. We are all created in the image of God from the moment of conception and have worth. God made it clear to Jeremiah, “Before I formed you in the womb I knew you.”