ALERT: Lawmakers Need to Hear From YOU This Weekend about HB2! 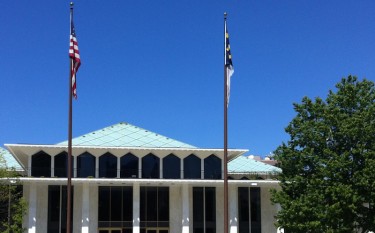 Our state lawmakers have just cleared a major milestone of the 2016 Legislative Session (which I explain below), and it is imperative that we reiterate to them THIS WEEKEND our continued support for House Bill 2! Even if you have done so before, please take just a few minutes to visit NC Family’s Action Center and send an email to your state House and Senate members urging them to STAND FIRM on HB2, N.C.’s Bathroom Safety and Privacy law!

Some lawmakers are facing intense pressure to cave in on House Bill 2, and we need to assure them that STANDING FIRM is the RIGHT THING TO DO! Please be sure to contact them THIS WEEKEND!

Major Milestone: Early this morning (Friday, June 3), the N.C. Senate cleared a major milestone of the session when it gave final approval to its version of the state budget for the 2016-2017 fiscal year. The budget bill will return to the House early next week and will be sent to a conference committee, where House and Senate members will work to iron out their differences in the bill. Because the state fiscal year begins July 1, lawmakers will work to complete the budget process by the end of June, meaning there may be only a few weeks left in the 2016 session. As the session winds down, activist groups like the Human Rights Campaign and ACLU will make desperate attempts to pressure lawmakers to change or repeal House Bill 2. We must stand against these efforts!

Misguided Proposal:  One proposal that has been floated at the General Assembly is keeping the “bathroom provision” of House Bill 2 but making significant changes to other sections of the bill- namely allowing cities and counties to adopt local ordinances that create special legal protections based on an individual’s self-defined “sexual orientation” and/or “gender identity.” This is a misguided proposal, and is exactly what the City of Charlotte tried to do in February, which ignited this whole controversy.

A major problem with this proposal is that adding “sexual orientation” and/or “gender identity” to city or county employment or public accommodations ordinances would create an immediate conflict with the bathroom provision of HB2, because access to bathrooms, showers and other “private facilities” is an integral part of employment and public accommodations law. LGBT activists would use this conflict as the basis of a lawsuit to challenge all of HB2. As they have done before, they would seek a friendly judge to issue an immediate stay against the implementation of the law. If successful, this effort would upend HB2 and allow men to enter women’s bathrooms, locker rooms, showers, changing rooms, and other facilities all across the state. Based on the Charlotte proposal, this would apply not only to government-run facilities like public schools and sports arenas, but also to private businesses, private schools, nonprofits, and even churches, church schools and faith-based ministries.

Moreover, there is nothing compelling the General Assembly to give in to the bully tactics of LGBT activist groups. Five lawsuits have already been filed in North Carolina courts relating to House Bill 2 and the Obama Administration’s recently released “guidance” that is attempting to impose a radical and unlawful bathroom policy on public schools, colleges and universities across the nation. (See our HB2 Resource Guidefor a detailed explanation and timeline of all of these events.) In short, Governor McCrory, our legislative leaders, and other parties are making a strong defense for House Bill 2 in the courts, but amendments to the law could significantly confuse the matter and result in an unfavorable outcome.