Setting the Record Straight: The Truth about House Bill 2 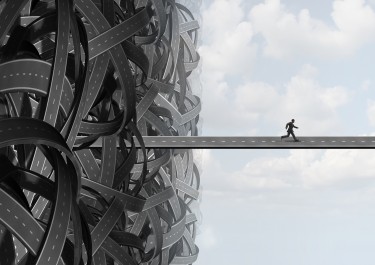 The propaganda campaign by the Left about HB2 stayed at a fevered pitch for months after the law’s passage on March 23, 2016, and the media has been complicit in heightening the rhetoric and spreading misinformation and outright lies about the bill (see Media Bias on HB2 case study on page 6). In this article, NC Family is helping to set the record straight about this common sense legislation that seeks to protect the privacy, safety, dignity and liberty of North Carolina citizens.

It is important to recognize that the issues addressed by HB2 are not new to North Carolina. Democrat- and Republican-led legislatures have considered and rejected adding legal protections on the basis of “sexual orientation,” “gender identity,” and “gender expression” numerous times over the past 15 years.

In March 2015, the Charlotte City Council made an effort to circumvent state law and expand a number of city ordinances to include LGBT (Lesbian, Gay, Bisexual, and Transgender) protections, including a dangerous bathroom ordinance. While that initial attempt failed, those in favor of the radical social re-engineering that these ordinances would bring spent the next 11 months strategizing and spending thousands of dollars to elect like-minded Charlotte City Council members to ensure their next attempt would succeed. Nearly one year later, on February 22, 2016, Charlotte passed a similar non-discrimination ordinance, which would have meant that as of April 1, men could enter women’s public restrooms, locker rooms, and changing rooms if they self-identified as a woman or vice versa.

The General Assembly took swift and decisive action to protect the safety and privacy rights of North Carolinians by passing HB2 in a Special Session on March 23. The law served to counteract Charlotte’s ordinance and prevent other localities from over-stepping their authority with similar proposals. Governor Pat McCrory signed HB2 into law that same day and polls showed it had the support of a majority of North Carolinians. For specific dates regarding HB2, follow the timeline along the bottom of this magazine’s pages.

FACT #1: HB2 did not substantively change anti-discrimination laws in NC.

The truth is that HB2 made very few changes to North Carolina law. In fact, the policy of the state with respect to bathrooms, employment, and most other matters did not change one iota when the bill was passed. In most cases, the law simply codified, or placed into state statute, existing state policy. If the Charlotte City Council had not exceeded its legal authority and passed a set of radical policy changes in February, the bill never would have been necessary.

North Carolina is known as a “Dillon’s Rule” state, meaning city and county governments derive their legal authority from the North Carolina Constitution and acts passed by the State Legislature. This policy has the effect of preventing a patchwork of conflicting ordinances and making North Carolina more of a business-friendly state. On February 22, the Charlotte City Council approved a set of ordinance changes that would have expanded several sections of the Charlotte City Code to include “sexual orientation” and “gender identity” as legally protected classifications. The N.C. General Assembly has never authorized these classifications for use by the state or by local governments, and these terms do not currently exist in the State Constitution or state nondiscrimination laws. HB2 reined in the Charlotte City Council for its attempted overreach, established a consistent statewide policy in several areas described below, and preempted other local governments from violating the Dillon’s rule principle as Charlotte tried to do.

HB2 establishes a statewide policy that “single-sex multiple occupancy bathroom and changing facilities” are to be “designated for and only used by persons based on their biological sex,” which is the “sex” stated on the person’s birth certificate. This applies to all such facilities under the authority of state government, local government, the public school system, the university and community college systems, and any other political subdivisions of the state. HB2 clarifies that the bill does not prevent the government from “providing accommodations such as single occupancy bathroom or changing facilities upon a person’s request due to special circumstances.” Furthermore, existing state law allows an individual to change the “sex” designation on their birth certificate if they have undergone sex reassignment surgery and the surgery is verified in a notarized statement from a physician.

Biological sex. – The physical condition of being male or female, which is stated on a person’s birth certificate.

Multiple occupancy bathroom or changing facility. – A facility designed or designated to be used by more than one person at a time where students may be in various states of undress in the presence of other persons. A multiple occupancy bathroom or changing facility may include, but is not limited to, a school restroom, locker room, changing room, or shower room.

Local boards of education shall require every multiple occupancy bathroom or changing facility that is designated for student use to be designated for and used only by students based on their biological sex.

Nothing in this section shall prohibit local boards of education from providing accommodations such as single occupancy bathroom or changing facilities or controlled use of faculty facilities upon a request due to special circumstances.

The General Assembly declares that the regulation of discriminatory practices in employment is properly an issue of general, statewide concern, such that this Article and other applicable provisions of the General Statutes supersede and preempt any ordinance, regulation, resolution, or policy adopted or imposed by a unit of local government or other political subdivision of the State that regulates or imposes any requirement upon an employer pertaining to the regulation of discriminatory practices in employment, except such regulations applicable to personnel employed by that body that are not otherwise in conflict with State law.

It is the public policy of this State to protect and safeguard the right and opportunity of all individuals within the State to enjoy fully and equally the goods, services, facilities, privileges, advantages, and accommodations of places of public accommodation free of discrimination because of race, religion, color, national origin, or biological sex.

The provisions of this Article supersede and preempt any ordinance, regulation, resolution, or policy adopted or imposed by a unit of local government or other political subdivision of the State that regulates or imposes any requirement upon an employer pertaining to compensation of employees, such as the wage levels of employees, hours of labor, payment of earned wages, benefits, leave, or well being of minors in the workforce.

FACT #4: Private businesses retain the freedom to make their own bathroom policies.

HB2 does not affect the ability of private businesses to implement bathroom policies of their choice. Several businesses, including Target, have publicized “open” bathroom policies that allow customers to use the restroom of their choice. Target posted a statement on their website that reads in part, “We welcome transgender team members and guests to use the restroom or fitting room facility that corresponds with their gender identity.” (As a result, more than 1.3 million people have signed a pledge saying they will boycott Target until they change this policy.) Some companies are opting for single-stall unisex bathrooms, while still others are following the HB2 model that maintains separate facilities for men and women.

HB2 establishes that “the regulation of discriminatory practices in employment is properly an issue of general, statewide concern,” and that city and county governments may not enact regulations related to employment discrimination that go beyond state law, which recognizes “race, religion, color, national origin, age, biological sex [and] handicap” as protected classifications. North Carolina is one of 28 states that do not include “sexual orientation” and/or “gender identity” in its employment non-discrimination law. The bill also enhances the state’s “Wage and Hour Act” by preventing cities and counties from adopting ordinances or imposing regulations upon employers relating to the wage levels of employees, hours of labor, payment of earned wages, benefits, leave, or well-being of minors in the workforce.” In addition, it prohibits cities and counties from placing regulations on the employment practices of a contractor, or on “the provision of goods, services, or accommodations” by a contractor as a condition of entering into a contract.

HB2 also codifies the state’s existing protections against discrimination in the area of public accommodations. The classifications recognized for these protections include: race, religion, color, national origin, and biological sex. Once again, these classifications are practically identical to those recognized in federal public accommodation law (see: 42 U.S. Code §2000a), and according to a map on the website of the Human Rights Campaign, a national LGBT activist group, North Carolina is one of 29 states that do not include “sexual orientation” and/or “gender identity” in statewide public accommodation laws.

LGBT activists and their media allies have claimed that HB2 is “the most egregious, sweeping, hate-filled anti-LGBT legislation in this country’s history.” This is just plain, old-fashioned propaganda. Opponents of HB2 are angry that the Charlotte City Council was rebuked for its overreach of legal authority. They are upset that HB2 preempts their efforts to open public bathrooms and showers to individuals of either sex. And they are annoyed that HB2 curtailed their efforts to impose a radical social policy of unbridled sexual license on our state. Their hateful rhetoric is simply a temper tantrum gone mad. Unfortunately, the media is propagating the smear campaign, and many levelheaded citizens have been confused and misled by it.

These are the facts about HB2. Read the bill for yourself and educate others about this commonsense law, because the truth is the best defense against propaganda.