AT ISSUE: A Startling End Game 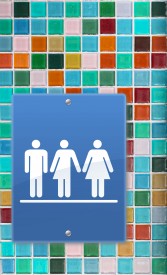 The furor over House Bill 2 in North Carolina has crystalized, as never before, the fact that our freedom to live as Christians in America is eroding at an alarming rate. Most of us have been astounded by the aggressive and venomous response to a common sense desire to see that public restrooms remain segregated by biological sex.

For those who might have thought HB2 was unnecessary and don’t see the harm in writing legal protections based on subjective criteria into local, state, and federal law, a “guidance” letter from the Obama Administration to every public school in the United States put down on paper the startling “end game” for those who are behind the opposition to HB2. The “guidance” document read, in part:

This means that any male student who walks into the principal’s office in any high school in the nation and declares he is a girl can use the girls’ restrooms and locker rooms and play on girls’ sports teams. What happens to the Title IX protections of women’s sports if this outrageous rule becomes the law of the land? Seem too crazy to be true? Read the letter for yourself and you be the judge.

This Special HB2 Edition of Family North Carolina magazine seeks to bring clarity to what has occurred in the months since the Charlotte City Council first tried to force a radical bathroom agenda on every business and organization within Charlotte city limits and on any who would seek to do business with the City of Charlotte. In this edition:

We understand that this debate is not yet resolved and by the time you receive your copy, things may have changed. So make sure you stay connected with us on Facebook and/or Twitter (see page 2), sign up to receive email updates, and check in at our website frequently.

We hope this Special HB2 Edition of Family North Carolina magazine will provide a good foundation of knowledge for you and your family to build on in the months to come, as you all seek to be voices of persuasion for family values in your own communities.