Wake County and City of Raleigh to Vote on SOGI Ordinances 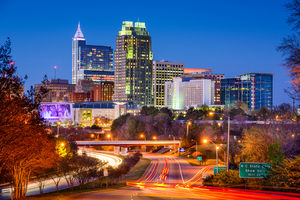 The Wake County Board of Commissioners agreed on Monday to vote on the adoption of a local non-discrimination ordinance next week that would ban discrimination based on—among other categories—“sexual orientation” and “gender identity or expression” (SOGI). The Raleigh City Council will also vote next week on whether to adopt a practically identical ordinance for the city. If adopted, the ordinances would prohibit “discrimination” in public accommodations and employment in Wake County and the City of Raleigh, and in businesses that contract with these governmental entities.

The Wake County Board of Commissioners will vote on the ordinance on Monday, October 18, and the Raleigh City Council on Tuesday, October 19. If these ordinances pass, then as of February 1, 2022, employers in Wake County and the City of Raleigh will not be allowed to “fail or refuse to hire, discharge, or otherwise discriminate” against any person because of their “Protected Class,” defined as “race, natural hair or hairstyles, ethnicity, creed, color, sex, pregnancy, marital or familial status, sexual orientation, gender identity or expression, national origin or ancestry, […] National Guard or veteran status, religious belief or non-belief, age, or disability.”

In the current draft of the ordinance, the public accommodations section does not apply to multiple occupancy restrooms, showers, or changing facilities. It does, however, apply to “a place, facility, store or other establishment which supplies accommodations, goods, or services to the public or which solicits or accepts the patronage or trade of the general public.” The ordinances would make it illegal to “deny any person the full and equal enjoyment of the accommodations” because of that person’s “Protected Class.”

The public accommodation section exempts “Religious Organizations” such as a “church, mosque, synagogue, temple, non-denominational ministry, faith-based mission, or faith-based entity that is primarily devoted to the study, practice, or advancement of religion.” It also exempts a “non-profit fraternal or social organization which restricts use of facilities and services to members and their guests.”

What remains unclear, however, is how the ordinance would be applied to non-sectarian businesses that are owned and operated by Christians and other people of faith who seek to live their lives and operate their businesses in accordance with their sincerely held religious beliefs.

NC Family has frequently shared about the harms caused by such SOGI ordinances, especially as they pertain to small business owners, and women and girls in sports. For example, these are the exact types of ordinances and laws that have been used to attack and punish Christian business people like Washington State florist Barronelle Stutzman, Colorado cake artist Jack Phillips, and others who oppose using their God-given gifts, skills, and talents to celebrate or engage in speech that violates their sincerely held religious beliefs, especially about marriage and human sexuality.

If these ordinances are approved, Wake County and the City of Raleigh will become the 14th and 15th local governments in North Carolina to adopt SOGI ordinances since a statewide prohibition on such ordinances expired in December 2020.

If you oppose the adoption of these ordinances, please contact the members of the Wake County Board of Commissioners and the Raleigh City Council NOW and urge them to vote against these ordinances!

Wake County Board of Commissioners: