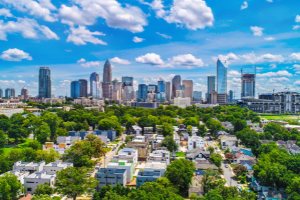 City Council members in Charlotte are scheduled to vote August 9 on a proposed ordinance that would add the classifications of “familial status, sex (including sexual orientation, gender identity and gender expression), veteran status, pregnancy, [and] natural hairstyle” to the city’s non-discrimination ordinances relating to public accommodations, employment, passenger vehicles for hire, and businesses that contract with the city. If approved, these ordinance changes would go into effect on January 1, 2022.

Please, contact the members of the Charlotte City Council NOW and urge them to vote against this ordinance!

In the proposed ordinance changes:

Regarding public accommodations, “SOGI” ordinances and laws (Sexual Orientation, Gender Identity) have been used across the country by LGBTQ activists and allied government agencies to attack and punish Christian business owners like Colorado cake artist Jack Phillips and Washington State florist Barronelle Stutzman, who are simply seeking to live their lives and run their businesses in accordance with their sincerely held religious beliefs. The definition of public accommodation in Charlotte’s existing ordinance is extremely broad and applies to any business or operation “whose goods, services, facilities, privileges, advantages or accommodations are extended, offered, sold or otherwise made available to the public.” While the proposed amendments purport to exempt “[r]eligious institutions and other activities and practices constituting the exercise of first amendment rights,” it is unclear how extensive this “religious exemption” might be.

Regarding employment, the proposed ordinance is targeted at employers with less than 15 employees, as federal and state employment discrimination laws already apply to employers with 15 or more employees. A memo from the Charlotte City Attorney to the Mayor and City Council acknowledges, “This may be one of the more controversial portions of the ordinance.” He goes on to say, “…from a legal perspective, there is no certainty or clarity that local governments have the legal authority to regulate private employment practices regardless of the size of the employer….”

As NC Family has frequently reported, SOGI ordinances are extremely harmful to:

This proposed ordinance follows the expiration of a provision in HB 142 in December 2020 that had prevented local governments from amending or enacting new ordinances relating to employment and public accommodations. Since then, at least six cities and counties in North Carolina have passed SOGI ordinances.

If you live in the Charlotte-Mecklenburg County region, please be sure to call the members of the Charlotte City Council!