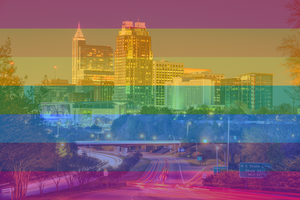 The Wake County Board of Commissioners and Raleigh City Council voted this week to adopt local non-discrimination ordinances that would ban discrimination based on—among other categories—“sexual orientation” and “gender identity or expression” (SOGI).

As NC Family shared last week, the ordinances prohibit “discrimination” in public accommodations and employment in Wake County and the City of Raleigh, and in businesses that contract with these governmental entities.

The public accommodation section exempts “Religious Organizations,” but it remains unclear how the ordinances would be applied to non-sectarian businesses that are owned and operated by Christians and other people of faith.

“The North Carolina Family Policy Council opposes ordinances of this sort,” said NC Family President John L. Rustin, “because they are often weaponized to attack and punish small business people who are simply seeking to live their lives and conduct their businesses in accordance with their sincerely held religious beliefs. Instead of pursuing policies that fuel divisiveness around highly controversial matters of human sexuality and sexual behavior, the City Council and County Commissioners should be looking for ways to bring our communities together.”