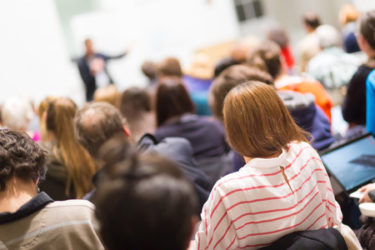 The UNC System Board of Governors is implementing a new policy to “ensure free, robust, and uninhibited debate and deliberation by students” at all UNC system schools. The Board officially adopted the new rules in response a directive from the NC General Assembly this past session in the form of HB 527 Restore/Preserve Campus Free Speech.

“It is not the proper role of any constituent institution to shield individuals from speech protected by the First Amendment,” states HB 527, “including, without limitation, ideas and opinions they find unwelcome, disagreeable, or even deeply offensive.”

The UNC System policy implements the new law and instructs member institutions to “strive to ensure the fullest degree of intellectual freedom and free expression.” It provides for clear penalties when students or others “under the jurisdiction of a constituent institution” unlawfully impede free speech on campus. The policy mandates that freshman orientation include instruction on campus free speech and lawful methods of disagreeing.

The move comes in response to well-publicized incidences at universities around the country, in which students conducted such vehement protests regarding scheduled speakers that the speakers felt unsafe or their invitations were revoked because of security concerns.

“North Carolina, once again, is taking the lead among other states in the nation in implementing common sense public policy,” says NC Family President John L. Rustin. “I congratulate our NC General Assembly and the UNC Board of Governors for ensuring that all points of view are free for expression on UNC System colleges and universities!”

Alliance Defending Freedom identified North Carolina as a leader for protecting campus free speech in a report they released in September.