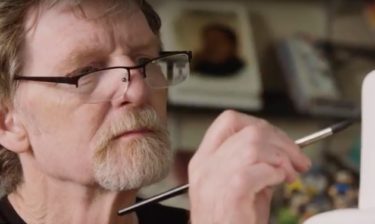 “We applaud the High Court for issuing an opinion that clearly demonstrates respect and true tolerance for conflicting viewpoints,” said NC Family Policy Council President John L. Rustin. “The Justices made clear that the government may not show hostility toward individuals or businesses because they hold to a sincere religious belief or conviction. The U.S. Constitution requires neutrality toward religion, and this opinion rightly upholds this fundamental tenant of American society and governance.”

The Court focused on the Colorado Civil Rights Commission’s hostility toward Jack Phillips for refusing to be compelled by the government to violate his religious convictions and design a cake for a same-sex wedding. Writing for the majority, Justice Anthony Kennedy said, “Whatever the confluence of speech and free exercise principles might be in some cases, the Colorado Civil Rights Commission’s consideration of this case was inconsistent with the State’s obligation of religious neutrality.” Kennedy cited a comment by one commissioner who “even went so far as to compare Phillips’ invocation of his sincerely held religious beliefs to defenses of slavery and the Holocaust.”

Kennedy continued: “To describe a man’s faith as ‘one of the most despicable pieces of rhetoric that people can use’ is to disparage his religion in at least two distinct ways: by describing it as despicable, and also by characterizing it as merely rhetorical—something insubstantial and even insincere.”

Waggoner said this ruling could have far-reaching implications on other cases, including a pending case regarding Washington State Florist Barronelle Stutzman, who spoke at NC Family’s Greenville Dinner on March 12, 2018. Waggoner said this same type of “religious hostility” has been aimed at Barronelle in the Arlene’s Flowers v. State of Washington case, which has been appealed to the U.S. Supreme Court.

It is not apparent from today’s ruling how the U.S. Supreme Court might rule on other similar cases in the future in which there was not the same display of hostility or lack of neutrality.