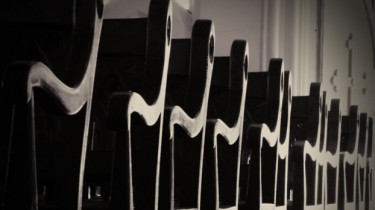 As citizens across our nation strive to obey the rule of law imposing social distancing and other measures during the COVID-19 pandemic, many have felt torn as they also seek to exercise their First Amendment freedoms of assembly and worship. In certain emergency situations, the government may be within its constitutional bounds to the limit the assembling of its citizen, but it may not regulate or restrict religious gatherings more heavily than nonreligious gatherings. The government must also have a compelling interest to impose restrictions on assembly and worship and not run afoul of citizens’ First Amendment rights.

This exact issue has arisen in Greenville, Mississippi where parishioners at Temple Baptist Church gathered for a drive-in church service. During the service, they remained in their cars, kept the windows rolled up, and tuned to a local FM station to hear their pastor’s sermon and participate in worship. Churches in Mississippi had been designated as “essential” by the government and were allowed to remain open as long as social distancing regulations were followed.

In response, Temple Baptist Church took action to sue the City of Greenville for violating the First Amendment freedoms of its parishioners. This action also prompted U.S. Attorney General William Barr to issue a statement on religious practices and social distancing, stating that the “government may not impose special restrictions on religious activity that do not also apply to similar nonreligious activity.” The U.S. Department of Justice also filed a statement of interest in the case, arguing that by prohibiting drive-in religious services but not drive-in restaurants, the City of Greenville discriminated against churches. (According to a footnote in Barr’s statement, the “City has since stated it will drop the fines, but will continue to enforce the order.”)

While following the laws instituted by our local, state, and federal governments during this pandemic is critical to fight the spread of COVID-19 and protect vulnerable citizens, we must remember that we have every right to worship while following these laws, and that the First Amendment protects us from unequal treatment under the law.