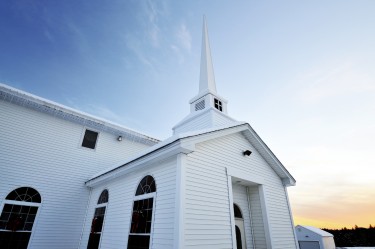 North Carolina’s election laws impose reporting obligations on any organization, including a business or church, that spends more than $100 to lobby the general public for or against a ballot referendum, such as the proposed Marriage Protection Amendment to the State Constitution that will be voted upon on May 8, 2012. The disclosure rules do not apply to communications by an organization with its members. They also do not require donors to organizations lobbying for the Marriage Amendment to file disclosure reports. However, the law does require those who directly lobby people other than their members through advertisements or personal contacts to disclose how they finance their lobbying activities.

Each referendum committee, once formed, must file disclosure reports with the State Board of Elections disclosing the names and addresses of donors of more than $100 and expenditures of more than $100. If, however, a church or other organization expends funds to lobby the general public on its own, those activities are considered independent expenditures and the sponsor must disclose, through filings with the State Board of Elections, the amounts spent on that activity. Reporting obligations can be triggered by activities such as sponsoring billboards, radio, TV or newspaper advertisements, or other communications. Organizations must report independent expenditures within 30 days after expending the first $100 spent in support of a referendum or, if earlier, 10 days before the referendum election. Thereafter, the organization must file quarterly disclosure reports for the year of the referendum unless it notifies the State Board of Elections in writing that it will not be making any further independent expenditures. Failure to file required independent expenditure reports is punishable as a Class 2 misdemeanor and therefore subject to a monetary fine and up to 60 days in jail.

Independent expenditures in support of a ballot referendum are unusual in North Carolina. However, given the significance of the Marriage Protection Amendment and the strong views on each side of the question, it is likely that many churches and other organizations will lobby the public on the issue. While such actions are protected free speech under the Constitution, North Carolina imposes financial reporting obligations regarding such speech so that the public will be aware of who is financing it.