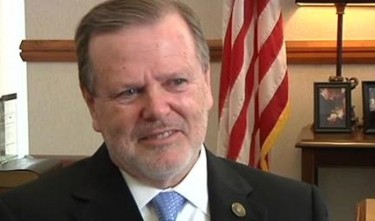 The debate over whether the State of North Carolina should compel some magistrates to violate their deeply held religious beliefs by forcing them to wed same-sex couples continued this week between the leader of the N.C. Senate and the head of the state’s Administrative Office of the Courts (AOC). On November 10, Senate President Pro Tempore Phil Berger (R–Rockingham) responded in a letter to AOC Director Judge John Smith’s defense of an AOC memo directing magistrates to perform same-sex unions regardless of their religious beliefs. As we previously reported, Judge Smith wrote in a letter on November 5 to Sen. Berger that, “the [AOC] memorandum accurately represented the responsibilities of judicial officials regarding same-sex marriages.” This week, Berger responded in a second letter to Smith that the AOC’s “response continues to sow seeds of doubt among courthouse officials and wrongly disregards one of our most cherished freedoms.”

According to Berger, the AOC’s position on the duties of magistrates regarding same-sex unions “misunderstands the interplay between Title VII of the Civil Rights Act and the Government Employee Rights Act of 1991, and it ignores the First Amendment and 42 U.S.C.  §1983.” He also argued that Smith’s response, “lacks any sort of reasonable effort to constructively guide courthouse officials at a time when such leadership is needed most.”

Berger pointed to last week’s ruling from the Sixth Circuit Court of Appeals that upheld the marriage protection laws of four states, noting that “the legality of same-sex marriage is still being decided by the federal courts. This truth must be viewed together with the well established First Amendment right to religious freedom.” Additionally, the legal battle over North Carolina’s marriage laws is far from over.

Last week, attorneys for Senator Berger and House Speaker and U.S. Senator-elect Thom Tillis (R–Mecklenburg) filed notices of appeal with the U.S. Court of Appeals for the Fourth Circuit in their defense of North Carolina’s marriage protection laws in two ongoing lawsuits.