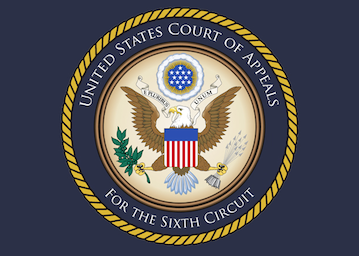 In a 2-1 ruling issued this afternoon, the U.S. Court of Appeals for the Sixth Circuit reversed lower court rulings and upheld constitutional Marriage Protection Amendments in Michigan, Ohio, Kentucky and Tennessee. According to a report posted on USA Today’s website, “The same-sex marriage movement lost its first major case in a federal appeals court Thursday after a lengthy string of victories, creating a split among the nation’s circuit courts that virtually guarantees Supreme Court review.”

The conclusion of the Sixth Circuit’s majority opinion states:

“This case ultimately presents two ways to think about change. One is whether the Supreme Court will constitutionalize a new definition of marriage to meet new policy views about the issue. The other is whether the Court will begin to undertake a different form of change -change in the way we as a country optimize the handling of efforts to address requests for new civil liberties.

If the Court takes the first approach, it may resolve the issue for good and give the plaintiffs and many others relief. But we will never know what might have been. If the Court takes the second approach, is it not possible that the traditional arbiters of change -the people – will meet today’s challenge admirably and settle the issue in a productive way? In just eleven years, nineteen States and a conspicuous District, accounting for nearly forty-five percent of the population, have exercised their sovereign powers to expand a definition of marriage that until recently was universally followed going back to the earliest days of human history. That is a difficult timeline to criticize as unworthy of further debate and voting. When the courts do not let the people resolve new social issues like this one, they perpetuate the idea that the heroes in these change events are judges and lawyers. Better in this instance, we think, to allow change through the customary political processes, in which the people, gay and straight alike, become the heroes of their own stories by meeting each other not as adversaries in a court system but as fellow citizens seeking to resolve a new social issue in a fair-minded way.

For these reasons, we reverse.”