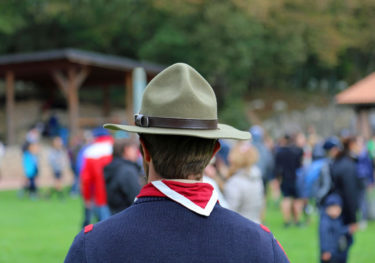 Youth attending the Boy Scouts’ World Jamboree in 2019 will have full access to condoms, compliments of the Boy Scouts of America. According to the World Organization of Scouting Movement Guidelines (section 7.4): “The host organization must ensure that condoms are readily and easily accessible for all participants and IST [staff] at a number of locations on the site.”

The same Guidelines (section 7.4) also allow for alcohol consumption by adult leaders during the Jamboree. The guidelines stipulate that drinking may only take place “in confined areas,” “[a]lcohol consumption may not affect the ability of any adult onsite to carry out their assigned role,” and “[a]dults may not interact with [p]articipants when affected by alcohol.”

While these Guideline provisions do not appear to be new for the 2019 Jamboree, they have raised the ire of many parents and children who simply see them as the latest in a long string of distressing developments involving the Boy Scouts.

Apparently, many families are not standing idly by and allowing their children to be led by such misguided and dangerous principles. “The overall membership numbers of the Boy Scouts of America have been hemorrhaging, from a high of around 4 million not many years ago to only about 2.3 million.”

One alternative that parents are turning to is called Trail Life USA, a Christian adventure and leadership program for boys. Learn more by listening to the Family Policy Matters radio show entitled, “A Christian Alternative To The Boy Scouts,” featuring an interview with Trail Life Founder John Stemberger.