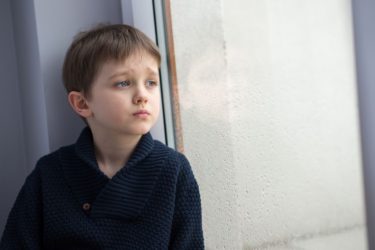 I’ve been thinking a lot about the decision of the Boy Scouts to open their organization to girls and to drop “boy” from their name. And while part of me wants to love anything that extends opportunities to girls, a bigger part of me is concerned about what we, as a society, are doing to boys.

For the past year, we’ve been bombarded with stories of completely indefensible behavior from men, particularly directed toward women. It’s everywhere. It’s in Hollywood and politics, boardrooms and classrooms, even the Church! The “Me Too” movement has exploded, and while I can’t speak to the specifics of individual women’s stories, there’s clearly a widespread feeling that, generally, a lot of men aren’t treating women very well.

On top of that, plenty of statistics would suggest that men in America are experiencing something of a crisis. According to the National Center for Education Statistics, the percentage of bachelor’s degrees awarded to men as compared with women has dropped from 57 percent in 1970 to 43 percent in 2015. For doctorates, the change is far more dramatic, dropping from 90 percent to 48 percent over the same time period. Men have slightly higher rates of unemployment and a far higher rate of incarceration (96% of federal inmates are men, while just 7% are women). CDC data indicate that men commit suicide at nearly four times the rate of women.

Women talk all the time about what it means to be a woman. We talk about raising strong girls and about empowerment. We have girls’ nights and women’s groups. And it’s not unique to adult women. It starts when we’re young. Type “organizations for girls” into a search engine, and you come up with a long list. But try “organizations for boys” and you’re quickly redirected to “youth organizations.”

And now, one of the few long-established, well-respected organizations for boys is dropping its male identity.

Boys are pushed, from the very beginning of their lives, into very feminine worlds. Moms are usually the primary caregivers for very young children. Babysitters tend to be women and girls. Pre-school and elementary school teachers are overwhelmingly female. Our churches tend to treat men who want to work with kids with suspicion, leaving boys to be taught and led by women there too. And with the ever-increasing number of fatherless households, for too many boys, there’s no dad at home.

Boys need a place to develop positive ideas about their own masculinity, places where that identity is affirmed and nurtured. They need male role models who can say to them, “This is what it is to be a man and a husband and a father.” As they get older, they need female-free spaces where they can honestly discuss their struggles, have difficult conversations, and maybe even be rebuked and corrected.

Boy Scouts isn’t a perfect organization, but at its best, it has provided that space for millions of boys for over a hundred years. In the midst of America’s crisis of masculinity, we need that more than ever. I grieve its loss.