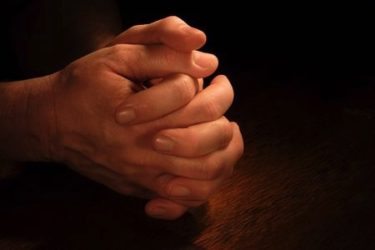 An opinion issued by the entire U.S. Court of Appeals for the Fourth Circuit last Friday found that Rowan County’s prayer policy—permitting commissioners to open meetings with prayer—is unconstitutional. The “en banc” ruling reverses a previous decision by a three-judge panel of the Fourth Circuit and affirms an earlier opinion by a federal district court. This latest action, however, is not necessarily the final word on this case, because it may be appealed to the U.S. Supreme Court.

The court arrived at its decision saying, “The prayer practice served to identify the government with Christianity and risked conveying to citizens of minority faiths a message of exclusion. And because the commissioners were the exclusive prayer-givers, Rowan County’s invocation practice falls well outside the more inclusive, minister-oriented practice of legislative prayer described in Town of Greece.”

Town of Greece v. Galloway is a U.S. Supreme Court case that also involved legislative prayer. In that case, the High Court ruled that the Town of Greece in New York state was permitted to begin each legislative session with a prayer and that it was not a violation of the Establishment Clause. The Fourth Circuit ruled that Rowan County’s policy was different because the commissioners themselves prayed, as opposed to inviting volunteers.

Chris Scalia, an attorney serving as co-counsel for Rowan County in this case, made it clear they will seek a further legal review of the case. “While we are disappointed in the Fourth Circuit’s decision to ban invocations before legislative meetings contrary to Supreme Court precedent, we are encouraged that the split in the vote on the Fourth Circuit demonstrates the need for Supreme Court review on this issue.”

This ongoing legal saga began in March of 2013 when three citizens, represented by the ACLU, claimed that the Rowan County Commissioners’ prayer practices violated the Establishment Clause of the U.S. Constitution. The policy in question allowed commissioners, on a rotating basis, to offer a prayer or have a moment of silence as part of the opening ceremony. Each commissioner could decide the content of the prayer or choose to have a moment of silence. The commissioners would ask those in attendance to stand during the prayers.

The plaintiffs in the case claimed that this practice, being asked to stand during a prayer and hearing the Board “delivering exclusively Christian prayers […] coerced the plaintiffs into participating in religious exercises” and sent “a message that the County and the Board favor Christians,” which causes them to feel “excluded from the community and the local political process.”

In May 2015, U.S. District Court Judge James A. Beaty found that the policy did violate the Establishment clause. This decision was appealed to the Fourth Circuit Court of Appeals, and a three-judge panel overturned the district court’s decision, ruling that the practice was not a violation of the Establishment Clause. That decision was subsequently appealed, with the plaintiffs requesting “en banc” hearing of the entire 15-member Fourth Circuit Court. Ten of the judges determined that Rowan County’s prayer policy violates the Establishment Clause, while five of the judges disagreed in a dissenting opinion.

For more information as this case continues its way through the courts, make sure you are signed up for NC Family updates at ncfamily.org.