Resistance Is Not Futile: Guest POV 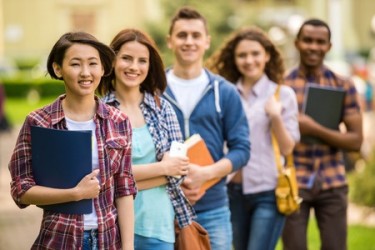 Here in North Carolina, we have had our fair share of challenges over the past year. We have labored together and weathered stiff opposition in order to right a wrong through our support of HB2. For now, we have prevailed. This hope-filled Guest POV (Point of View) article, by John Stonestreet of the Colson Center for a Christian Worldview, provides a valuable perspective as we take heart and gird ourselves for the next challenge, since “this battle is far from over.”

A big-time threat to religious freedom in California has been somewhat mitigated—showing once again our prayers and efforts make a difference.

It can seem to us that each day brings news of yet another setback or some new ominous cultural development that’s concerning to Christians, each one another straw on the back of an already overloaded camel.

But as recent events in California demonstrate, these trends can be resisted and, if not reversed, at least held at bay.

The bill would have required schools receiving religious exemptions from state or federal anti-discrimination laws to disclose this fact publicly. This alone would have created a state-mandated “hit list” that would have facilitated harassment and worse from LGBT activists.

But S.B. 1146 didn’t stop there. It would have limited the above-mentioned exemptions to seminaries and “religious vocational training schools.” Thus, Christian colleges and universities—schools such as Biola and Azusa Pacific—who offer programs in say business or education or the sciences, would have had to choose between eligibility for state grants-in-aid and fidelity to Christian morality. As the Council for Christian Colleges and Universities pointed out, this would have a potentially devastating effect on low-income students who depend on Cal Grants—75 percent of whom are ethnic minorities.

But wait: there was more. The bill also would have created a private right for LGBT people to sue if they felt discriminated against. Even if the person didn’t prevail in court, the potential for damage awards and the accompanying legal fees and bad publicity would have created a significant burden on schools that often struggle to keep the doors open in the first place.

Now if you’ve noticed that I have described Lara’s proposal in the past tense, it’s because Lara recently amended S.B. 1146 and removed the parts about limiting religious exemptions and creating a private right of action.

Now to be clear, he did not do this because he suddenly saw the light about the importance of religious freedom. On the contrary, he told the LA Times that he might revisit these provisions next year.

No, he dropped them this year because of the overwhelming opposition to the provisions. YouTube videos, joint letters by leading religious leaders, public statements came raining in from both inside and outside California. One such response, a statement promulgated by the Ethics & Religious Liberty Commission of the Southern Baptist Convention, was entitled “Protecting the Future of Religious Higher Education.” It was signed by 140 leaders, including myself, some of whom had different religious views. Here’s what it stated: “Some of us disagree with the sexual ethics of orthodox Jews, Christians, and Muslims giving rise to this legislation . . . yet we are unified in our resistance to the government setting up its own system of orthodoxy,” which is what S.B. 1146 would have done.

It was these kinds of efforts that beat back the most egregious threats to religious freedom posed by S.B. 1146. For now.

As Lara said, “I’ll be back.” Actually, another California politician said that, but Lara’s stated intentions remain ominous. He assumes these colleges discriminate, and the bill still requires them to report all expulsions based on moral violations to the state. As far as religious freedom goes, his ideas are as destructive as the Terminator.

So this battle is far from over. Vigilance and commitment are still required. But so is hope. Our prayers and efforts still make a difference.

John Stonestreet is President of the Colson Center for a Christian Worldview. This article is the transcript of a BreakPoint commentary available at BreakPoint.org. Reprinted with permission.