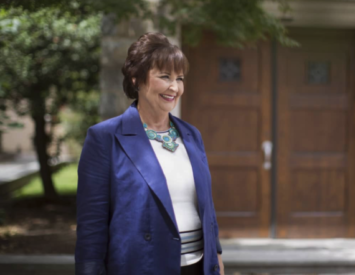 In a victory for religious liberty, a North Carolina magistrate reached a settlement on her legal challenge against the state that will restore the salary and retirement benefits she lost when she was forced to resign in October 2014.

Gayle Myrick was a magistrate in Union County, North Carolina in 2014 when same-sex marriages started being performed in the state. As a magistrate this would have fallen under her potential duties. Myrick decided, due to her deeply held religious beliefs, that she could not solemnize same-sex marriages and sought to change her work schedule so that she wouldn’t have to preside over any weddings. At the same time, Myrick did not want to prevent anyone from getting lawfully married.

A reasonable accommodation was reached when her supervisor proposed that Myrick could shift her schedule slightly so that she wouldn’t work during the hours that the county solemnized marriages. This way, Myrick wouldn’t be forced to violate her religious beliefs, and no couples would be denied the opportunity to get married. This solution was not only rejected by the state, but Myrick was forced to resign. In addition to losing her job, Myrick also lost retirement benefits.
“I have always wanted to find a way to protect everyone’s dignity,” Myrick said in an article in the Daily Signal. “The solution in my case would allow any couple to get lawfully married without facing rejection or delay, and magistrates with religious beliefs like me could step aside and still keep our jobs.”

Myrick, with the help of the Becket Fund for Religious Liberty (Becket), filed a claim against the state with the Equal Employment Opportunity Commission (EEOC) for religious discrimination. In March of 2017, according to Becket, “a federal judge ruled that the government broke the law when it refused to let [Myrick] shift her schedule, especially since other magistrates were allowed to shift their schedules all the time.” Becket said the state, in reaching a later settlement, “acknowledged it had treated [Myrick] unfairly, and it agreed to pay a substantial amount to make her whole and give back the pay and retirement benefits that were unjustly taken from her.”

You can learn more about her story in this video produced by the Becket Fund for Religious Liberty.