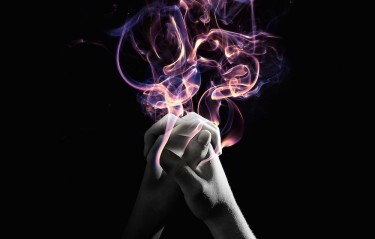 Freedom of speech, the freedom to believe, and the freedom to act according to those beliefs are principles so hallowed in the American soul that our nation’s courtrooms, classrooms, and most corners of the public square have honored and sustained these freedoms for more than 200 years. Any move to censor, subordinate, or erase these basic liberties is tantamount to rewriting the national DNA and should be equally troubling to both political leaders and the voting public.

But in a rather rapid sea change, many state and federal leaders have placed Americans’ cherished freedoms on the chopping block. And activists throughout the country—including North Carolina—have made it their sole mission to use the government to restrict and undermine the freedoms and diversity that makes our country great.

On school campuses across North Carolina, for example, school administrators are not only stifling the rights of students to hold certain beliefs, but also the exercise of even their most basic civil liberties in support of those beliefs. Brianna Cardwell, a student at Randleman High School in central North Carolina, wore a pro-life shirt to school with the word “abortion” crossed out. She quietly handed out flyers to interested fellow students during non-instructional time as part of her participation in the international Pro-Life Day of Silent Solidarity. An assistant principal confiscated the flyers, ordered her to cover up her shirt, and said Brianna’s stance was “offensive and violated the separation of church and state.” 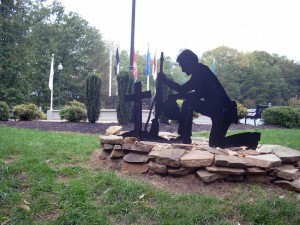 In the City of King, North Carolina, public officials told war veterans that they would no longer include the Christian flag and a statue of a praying soldier as part of a Veteran’s Memorial in their community because atheists were taking offense. And a Buncombe County public library removed a “God Bless America” sign from a Constitution Week patriotic display—not because someone actually complained, but because the library feared someone might.

In addition to these examples specific to North Carolina, one need only take a cursory glance at the legal landscape across the country to grasp how important it is for lawmakers to provide clear, common-sense legal standards for navigating the swirling crosswinds of contemporary government culture.

In Olympia, Washington, for example, the state pharmacy board enacted a rule requiring pharmacies to stock and deliver life-ending drugs with no exceptions. Yet, pharmacists can decline to stock other drugs for all kinds of business and convenience reasons. And though dozens of pharmacies in the area willingly carry the abortion pills, the State has stood by the rule, seeking to compel pharmacies like the Stormans family’s small grocery store pharmacy, and their pro-life pharmacists, to provide drugs and devices in conflict with their religious convictions that all human life deserves protection.

Washington State government officials have forgotten that tolerance is a two-way street. In Richland, Washington, Barronelle Stutzman finds her 40-year career as a floral artist endangered because she referred a long-time friend and customer to another florist for floral design and support for his same-sex ceremony. 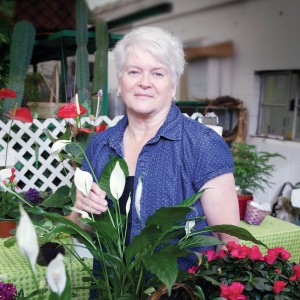 To Barronelle’s astonishment, the Washington State Attorney General turned her decision into a cause célèbre and began traveling the state to publicly denounce her, while invoking the full power of his office to punish her. And it wasn’t as if the Attorney General needed to help secure flowers for the couple—Barronelle referred them to other capable florists, and they easily found what they needed, including offers for free flowers. Rather, the Attorney General and the ACLU are going out of their way to exile and force a loving 70-year-old grandmother to possibly lose her home and life savings simply for acting on her belief that marriage is the union of one man and one woman.

According to Stutzman: “America would be a better place if citizens respected each others’ differences and the government still protected the freedom to have those differences.” She continued,

An improper understanding of religious freedom can even lead to death. In 2012, a woman died in Kansas because its laws failed to protect citizens’ freedom to live according to their faith. Mary Stinemetz needed a liver transplant, but because she was a Jehovah’s Witness, the surgery had to be done without blood transfusions. Although a bloodless liver transplant was available in Omaha, Nebraska (which incidentally cost less than the transplant with blood transfusions in Kansas), Kansas Medicaid prohibited out-ofstate medical treatment except for medical necessity, and the State said that Mary’s religious beliefs did not create a medical necessity sufficient to make an exception. If religious freedom was fully protected in Kansas, Mary Stinemetz might be alive today. 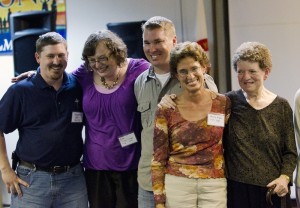 Members of Bronx Household of Faith

In New York City, government encroachment on the freedom to believe and to act according to religious beliefs is best represented by a 20-year-old legal struggle involving the Bronx Household of Faith. The small, inner-city congregation has been meeting quietly for decades in a rented public school room—something permitted everywhere in the U.S., except New York City. Still, the city’s Board of Education is attempting to deny the church the same equal access to its public facilities that is afforded to any other group or organization. If New York had the proper law in place, fair balance could have already been achieved between the inner-city congregation’s ability to exercise its beliefs and the city’s interests.

Meanwhile, in Kentucky, officers ticketed and fined several Amish men, who were driving horse-drawn buggies on the roads, for not having orange fluorescent triangles on their buggies. Kentucky law makes it a misdemeanor for failure to place one of these badges on a slow-moving vehicle, but the Amish regard the orange triangles as too flamboyant. The Amish, represented by the ACLU, challenged the law, arguing that the sign requirement violated their rights to free exercise of religion. Notably, the legal standard that the ACLU asked the Kentucky Supreme Court to apply is the same legal standard that North Carolina is seeking. Reasonable alternatives existed to solve the conflict in Kentucky, but without the right law in place, the Kentucky Supreme Court ruled against the Amish.

Some of the intrusions on religious freedom stem from genuine ignorance of state and federal laws and of the U.S. Constitution; others represent aggressive efforts to restrict and even silence unwanted voices in the public square. Still others reflect the government’s failure to respect and protect Americans’ fundamental freedoms. Regardless of the reason, the legal cause of good people seeking to live according to their convictions underscores the vital need for legislation that affirms religious freedom, and restores a sensible balance that celebrates the true diversity of America.

Congress, recognizing these values, enacted the Federal Religious Freedom Restoration Act (commonly referred to as “RFRA”) in 1993. This federal law provides courts with a proven, effective balancing tool to ensure that federal government action does not unreasonably impinge individuals’ freedom to follow their faith or convictions. It was enacted nearly unanimously by Congress, signed into law by President Bill Clinton, and supported at the time by those on all sides of the ideological and political spectrum, including the ACLU.

Under the guidance of that law, just this year, a unanimous U.S. Supreme Court protected the right of an incarcerated Muslim to wear a half-inch beard that posed no risk to prison security. The Court found that if beards were permitted for other reasons, they should also be permitted for religious reasons.

Last summer, the U.S. Supreme Court also affirmed the conscience freedoms of the Hahn family, Mennonite owners of a Pennsylvania wood furnishings manufacturing company. The High Court ruled that the Hahns and the owners of Hobby Lobby Stores, Inc., could not be forced by the federal government to pay for abortion pills in their employees’ insurance plan. 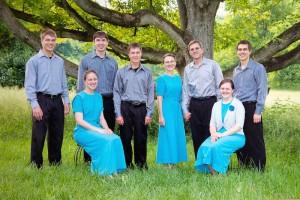 Last summer, the U.S. Supreme Court also affirmed the conscience freedoms of the Hahn family, Mennonite owners of a Pennsylvania wood furnishings manufacturing company. The High Court ruled that the Hahns and the owners of Hobby Lobby Stores, Inc., could not be forced by the federal government to pay for abortion pills in their employees’ insurance plan.

“It was soul-wrenching,” said Anthony Hahn, president and CEO of Conestoga Wood Specialties, who pointed out: “We’re pacifists. We’re not in the legal world, doing a lot of lawsuits and things. But we felt we needed to. We just did not want to go against what we believe [about the sanctity of human life].”

Thankfully, the U.S. Supreme Court found that the federal government could still advance its professed interests without forcing the Hahns and their family-owned business to violate their beliefs that all life is sacred and deserving of protection.

The Federal RFRA, however, only applies to federal laws and federal government actions that burden citizens’ fundamental freedoms. Thus, over the past two decades, 21 states have passed their own laws to ensure that religious freedom is protected within their borders. One of those states, Kansas, enacted its law the year after Mary Stinemetz passed away.

An example of the importance and success of these state laws took place in Pennsylvania, where the city of Philadelphia permitted outdoor sales of food in a park, but prohibited a group of churches from distributing free food in the park to the needy. The churches ultimately won their case—brought under Pennsylvania’s religious freedom law—because the court recognized that there was no legitimate reason to keep the churches from feeding the hungry.

Notably, a glance at our country’s history reveals many instances where religious and moral beliefs have been pitted against significant governmental interests. For example, there arguably is no greater role for our government than national security. Yet, even when military service was involuntary, we still made room for conscientious objectors who did not want to carry weapons. Educating our children is important to a healthy and thriving American society, but because education is not a onesize- fits-all proposition, we permit academic freedom for parents who want to educate their children at home or in non-public schools.

Whatever the issue, our country traditionally has attempted to protect everyone’s freedom and find room for all to live according to their beliefs. But currently in North Carolina, the scales are tipping away from freedom and toward government overreach and coercion. Legislation is necessary to restore the scales of justice to equilibrium so that the government does not unconstitutionally prohibit North Carolinians from living according to their religious beliefs.