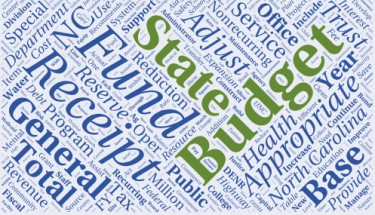 The North Carolina General Assembly has been in session since January 27, 2021, making this the longest uninterrupted “long” legislative session in a decade. Earlier this week, both the State House and Senate passed an Adjournment Resolution calling on the General Assembly to adjourn the regular session on Friday, December 10 and to reconvene on Thursday, December 30 to potentially consider a variety of bills.

The past couple of months have been primarily focused on redistricting and the passage of the state budget. New district maps for the State House, State Senate, and U.S. Congress passed the legislature along party lines in early November, and multiple lawsuits have been filed to challenge the constitutionality of these plans. Two weeks ago, the 2021 Appropriations Act—a 628-page, $25.9 billion budget plan—passed both chambers with bipartisan support, and was signed into law by Governor Roy Cooper.

The budget includes over $13 million for pro-life initiatives across the state over the next two fiscal years, including funds for Carolina Pregnancy Care Fellowship and the Human Coalition. Additionally, over $35 million was allocated for services and facilities that help victims of human trafficking, sexual assault, and domestic violence.

The budget also contains numerous allocations for important school choice initiatives, including increasing the maximum scholarship under North Carolina’s Opportunity Scholarship Program to equal 90% of the state’s public school per-pupil spending (a total of increase of $1,700 per student). It also combines the Personal Education Savings Account program and the Disabilities Grant program into the NC Personal Education Student Accounts for Children with Disabilities, with eligible students receiving awards from up to $9,000-$17,000 per year.

Several key bills of interest that could still be acted upon when the legislature returns, or next year, include:

HB 453–Human Life Nondiscrimination/No Eugenics. This bill would prevent a physician from performing an abortion if he or she knows the mother is seeking the abortion because of the presumed race or sex of the baby, or a diagnosis of Down Syndrome. HB 453 passed the State House in May and the State Senate in June, but was vetoed by Governor Cooper shortly thereafter. The legislature could hold a veto override vote at any point, and both chambers would need a three-fifths majority of members present and voting to override the veto.

SB 405—Born-Alive Abortion Survivors Protection Act. This common-sense bill passed the State Senate in May, and awaits action in the House. SB 405 would require any health care practitioner who is present when a baby is born alive after a failed abortion to administer the same care they would render to preserve the life and health of any other baby born at the same gestational age. A nearly identical bill passed the General Assembly in 2019, but was vetoed by Governor Cooper.

SB 711–NC Compassionate Care Act. This bill would legalize medical marijuana in North Carolina. It has not seen any action since it passed the Senate Health Care Committee in August, but the legislature could act on SB 711 at any time before the end of next year’s legislative session.

SB 688–Sports Wagering. This bill would legalize gambling on professional, collegiate, amateur, and electronic sports across North Carolina. It passed the State Senate in August and the House Commerce Committee last month. SB 688 is currently pending in the House Judiciary 1 Committee and could see action at any time.

As always, NC Family continues our constant presence at the General Assembly, and we will keep you updated on these bills as the legislature moves into its “short session.”