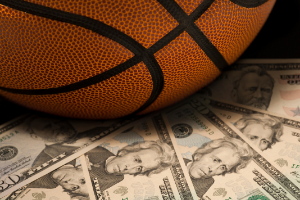 The North Carolina Senate Finance Committee passed a bill this afternoon that would legalize and regulate sports betting in North Carolina. SB 688–Sports Wagering, sponsored by Sen. Jim Perry (R–Lenoir) would legalize wagering on collegiate, professional, amateur, and electronic sports, which would be regulated by the State Lottery Commission. The Commission would issue “sports wagering licenses to qualified applicants” for a fee of $500,000.

NC Family President John L. Rustin addressed the Finance Committee and expressed NC Family’s opposition to SB 688. “Decades of research clearly shows that the more prevalent gambling is, and the more forms of gambling that are legalized and advertised, the more citizens will gamble,” said Rustin. “Of those who do, a significant percentage (estimated to be between 3 percent and 5 percent) will develop a problem or pathological gambling issue. And just like with many other addictive behaviors, there are very high correlations between gambling addiction and increases in theft, embezzlement, job loss, personal bankruptcy, substance abuse, domestic violence, child abuse, divorce, and, yes, even suicide.”

“In addition to harming individual lives, marriages and families,” Rustin continued, “Senate Bill 688 will also degrade our state, which has an incredibly rich heritage in collegiate, amateur, and professional sports. With the passage of this bill, gambling—and not the games themselves—will become the centerpiece of sports competition in North Carolina.”

Although the voice vote on the bill was almost imperceptible, committee chair Sen. Bill Rabon (R–Brunswick) ruled that the bill passed.