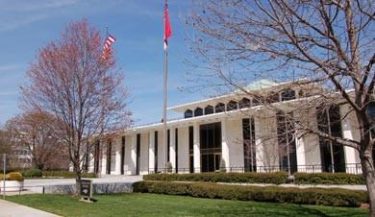 Religious freedom in North Carolina is at a critical stage, and WE MUST ACT NOW to make sure that the right of every North Carolinian to live and work consistent with their faith is properly protected.

Bills have been introduced in both the State House and State Senate to protect religious freedom through the enactment of a state Religious Freedom Restoration Act (RFRA). These bills, House Bill 348 and Senate Bill 550, are modeled after the federal Religious Freedom Restoration Act, which was passed by Congress in 1993 and signed into law by President Bill Clinton.

RFRA would simply allow an individual to assert a claim or defense in court that a state or local law, ordinance, rule or regulation burdens their exercise of religion. The court would weigh the individual’s claim against the state’s “compelling governmental interest” for the law, ordinance, rule or regulation, and make a determination regarding which interest prevails. RFRA does not pick winners and losers, it does not guarantee an outcome, it simply provides a fair and balanced method of arbitrating religious liberty disputes in court.

The problem is that some opponents of religious liberty have been spreading lies and misinformation about these bills and are pressuring our legislative leaders and the Governor to oppose them. These are the same over-the-top tactics we have seen in Arizona, Indiana, and several other states, and the media at large has been complicit in these efforts.

In order to protect religious liberty in North Carolina, we must Speak the Truth in Love, and do it STRONGLY!

THE TIME TO ACT IS NOW!

As Christians, we know that religious freedom extends beyond the four walls of a church. We are called to spread the Gospel and live out our faith in every area of our lives. The bills being considered in the North Carolina General Assembly are designed to protect our fundamental freedom to do just that.

Attached are three excellent documents produced by our friends at Alliance Defending Freedom (ADF): Frequently Asked Questions about RFRA; a Bulletin Insert for distribution at your church; and a North Carolina pastors letter explaining the permissibility of churches advocating for the passage of RFRA.

If you are committed to protecting religious freedom in North Carolina, I ask that you do the following three essential things:

Thank You for standing up for religious freedom!