POV: Religious Freedom For Medical Professionals Is Under Attack 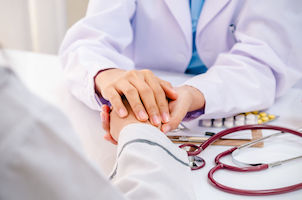 It’s become all too common to hear stories of creative artists, like florists and bakers, who find themselves in legal hot water after declining to use their God-given skills and talents to design a floral arrangement or bake a cake to celebrate an event that contradicts their religious convictions. Now it seems that doctors and other medical professionals could be facing similar pressures.

Earlier this year, the federal Department of Health and Human Services’ Office of Civil Rights proposed new rules, Protecting Statutory Conscience Rights in Health Care. Essentially, these regulations strengthen the sorts of protections that most of us assume doctors and other medical providers already have. It gives them the right to decline to engage in medical procedures, offer treatment, or make referrals when doing so would violate their religious beliefs. So, for example, a doctor couldn’t be forced to participate in abortions, sterilizations, or euthanasia.

Not surprisingly, organizations on the left have been vocal in their opposition. Their cry has been fairly consistent across the board: that this would lead to discrimination in health care for women and LGBTQ-identifying people. Indeed, the San Francisco City Attorney has filed suit against the federal government seeking to have the rule declared unconstitutional. The California Attorney General filed a motion seeking an injunction to stop the rule from taking effect. The New York Attorney General filed another suit on behalf of 23 states and cities. And, at least for the moment, they’ve been successful. Implementation of the rule has been delayed until November.

The fact that every objection I’ve read cites discrimination against LGBTQ patients has made me wonder what’s really driving the opposition to these rules. Could it be that we’re not only talking about abortions and euthanasia, but also hormone therapies for transgender children, gender reassignment surgery, and in vitro fertilization (IVF) for same-sex couples? Could doctors and nurses find themselves forced to participate in these sorts of medical procedures, regardless of their religious beliefs?

Just to be clear, the regulations have no impact at all upon the legality of any of the aforementioned procedures. They simply protect doctors from being forced to participate in things that they find morally or religiously objectionable. They strengthen existing protections designed to ensure that medical professionals can’t be fired for refusing to perform abortions. They can’t be denied jobs or promotions based on refusing to perform sterilizations. They can’t be thrown out of or denied places in medical or nursing school for refusing to train in euthanasia.

I’m no fan of government regulation, but in a world where the government can force a baker to design a cake, which includes a message that violates that individuals deeply held religious convictions, I fear that doctors and nurses face a very real threat of being forced to participate in these sorts of procedures. Indeed, NPR’s reporting on the lawsuits listed “gender confirmation surgery” as one of the procedures that could be affected. And that’s extremely troublesome.

Doctors and nurses are only going to see these sorts of situations increase. The number of patients identifying as transgender and asking for hormone therapies or gender reassignment surgeries is on the rise. More same-sex couples are seeking IVF. A growing acceptance of all of this by society and the medical community means that doctors will face increasing pressure to participate in these procedures.

The Bill of Rights enshrines a right to freedom of religion. Indeed, it is the first of the rights enumerated there. The right to hold and be guided by religious belief, free from interference by the government, is absolutely fundamental to American values. And so, when a city or state tries to make it more difficult for medical professionals to be guided by their consciences and religious beliefs, we should take that very seriously.

Only under extreme circumstances should the law ask people of faith to violate their consciences or religious beliefs. To do so is, essentially, to force upon all people a state religion of “tolerance” – which has come to mean acceptance, and even celebration, of anything and everything. And that is fundamentally incompatible with religious freedom.